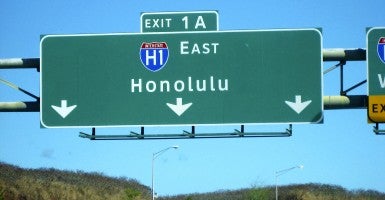 HONOLULU — With its strategic location in the Pacific and substantial military assets, Hawaii has been a prime target of foreign governments seeking U.S. intelligence.

The way to stop intelligence breaches, said FBI Director James Comey during a recent trip to the 50th state, is to “know your people” and “who has access to what.”

Then, he said, when someone “goes bad,” respond aggressively and “lock some people up for a long period of time.”

Benjamin Pierce Bishop, a retired U.S. Army lieutenant colonel and civilian contractor, was sentenced Sept. 18 to seven years in federal prison on espionage charges after he confessed to taking home top-secret government documents and sending an email to his Chinese girlfriend that included details about a classified meeting with officials from the U.S. and South Korea.

Army Intelligence Officer Seivirak Inson, who worked at the U.S. Pacific Command in Hawaii, was convicted in June 2013 by a military jury on charges related to illegally passing classified national defense information to the Cambodian government between 2009 and 2013.

Hawaii resident Noshir Gowadia was sentenced in January 2011 to 32 years in federal prison for 14 charges related to selling B-2 bomber design secrets to China.

Comey said he is concerned that in the wake of Snowden’s “so-called revelations,” Americans “healthy skepticism” of government powers will turn to cynicism.