Biblical in Scale: Guess How Many Pages It Takes to Print Obama’s Environmental Rules 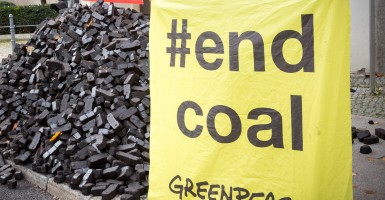 Americans will find few books that rival the number of pages of regulations issued by the Environmental Protection Agency since President Obama took office, not even the Gutenberg Bible.

Obama made protecting the environment a cornerstone of his administration early on, and during his tenure the Environmental Protection Agency has sought to cut vehicle emissions, regulate coal ash from power plants and subsidize “green energy”companies.

According to a review by CNSNews.com, the EPA has issued more than 3,100 final rules — totaling close to 28,000 pages in the Federal Register — since Obama entered the White House in January 2009.

The Federal Register gives Americans access to all documents published by federal agencies.

The most recent final rule from the EPA involves management and disposal of coal ash. The regulation, not yet published in the Federal Register, totals 745 pages.

Gattuso and other advocates of limited government have criticized the Obama administration, like previous ones, for imposing too many regulations on American life. Before Thanksgiving, the Obama White House quietly announced it had 3,400 regulations in the pipeline for next year.

>>> In Time for Thanksgiving, Obama White House Serves Up 3,400 Regulations

Over the six years of Obama’s presidency so far, the average cost of complying with new government rules hovers around $16 billion per year.

This year’s announcement of 3,400 regulations to come isn’t a record for the Obama administration. The White House had more than 4,000 regulations in the pipeline in 2012, Gattuso told The Daily Signal. The number decreased in 2013.

Obama issued 157 major federal regulations from 2009 to 2013, according to a report by Gattuso and a Heritage Foundation colleague, Diane Katz. By contrast, President George W. Bush issued 62 major regulations in the first five years of his presidency.