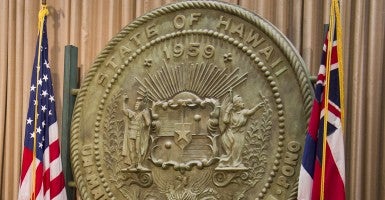 HONOLULU — Hawaii is the only state that prohibits government funding of private preschools, but that may change tomorrow.

Hawaii’s voters will be asked whether the state constitution should be amended so taxpayers can subsidize private preschool education.

Amendment 4, “The Hawaii State Funding for Private Early Childhood Education Programs,” asks: “Shall the appropriation of public funds be permitted for the support or benefit of private early childhood education programs, as provided by law, to help the State meet its goal of providing an early learning system for the children of Hawaii?”

If the amendment passes, the state would set aside $125 million a year to fund the program, and that amount could increase in future years.

“I see there is a divide in our country between the educated and uneducated. I believe this program can pump up education and help close that education gap,” Ward said. “Education is the key to survival for this nation. We cannot afford to be so far left behind.”

But Rep. Bob McDermott, R-Aiea, said he doesn’t support the amendment, in large part because the state can’t afford it.

“There will be a huge tax increase to support the new program,” McDermott said.

“Campbell High School has not had air-conditioning on its campus for 50 years. At Nanikuli and Waianae High Schools, the dropout rate is 30 percent, 68 percent of who go to prison. This amendment is focused on the wrong things. It’s a baby-sitting service as far as I am concerned.”

As Ballotpedia notes, Amendment 4 isn’t a voucher program. Rather, it’s a direct payment to preschools. About 17,500 youngsters would be eligible.

The Hawaii State Teachers’ Association is opposed to the amendment, claiming it would subsidize wealthy private schools while taking money from public schools. Instead, the union supports establishing a taxpayer-funded preschool program through the state’s public education system.