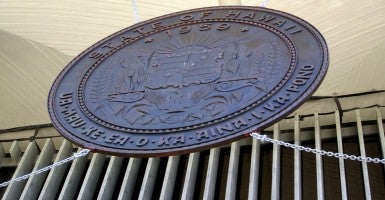 Slom, the only Republican in the 25-member Senate, cites the Council on Revenues’ recent downgraded economic forecast indicating Hawaii is in much worse financial position than anticipated.

“Hawaii is set to go bust in 2016 unless the new governor and the state legislature make some serious cuts,” Slom said.

The administration and legislature will be challenged, Slom said, “in dealing with the mess resulting from kicking the can down the road for so many years.” He called a tax hike “the least desirable” option “because we are already one of the highest-taxing states in the nation.”

The state Council on Revenues, the appointed body that predicts economic trends in Hawaii from which lawmakers create their budget, said the state will have $76 million less than anticipated to work with in 2014 and $188 million less in 2015. That’s $264 million in one two-year budget cycle.

Gov. Neil Abercrombie’s administration has asked state departments to make do with 10 percent less over the next two years. But that saves only $14 million, which Slom called “a drop in the bucket” in the state’s $6 billion budget. The state is constitutionally forbidden to borrow from outside sources, so it likely will tap the Emergency Budget Reserve Fund and Hurricane Relief Fund to address the shortfall.

But this is a short-term solution at best, Slom said. “Those funds are not large, so that will be a small Band-Aid for the problem and will not address the problem of overspending for long.”

Read the entire story at Watchdog.com