China, With an Eye to the U.S., Is Aggressively Building Up Their Military 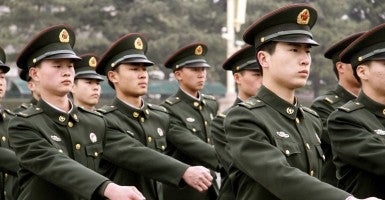 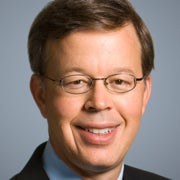 China recently conducted its third land-based missile-intercept test. These tests, most likely designed to facilitate “hit to kill” technologies critical for China’s missile defense and anti-satellite programs, are part of a well-planned, enormous military buildup in which the Chinese have been engaged for nearly 20 years.

Here are some features of that effort:

China’s military modernization is aimed primarily at one country: the United States. The Chinese have carefully studied America’s military and the wars it has fought over the past 20 years and have tailored their buildup accordingly. China’s leaders know that almost the entire firepower of America’s surface navy is centered on its aircraft-carrier task forces. It costs $13.5 billion to build an aircraft carrier but only about $10 million to build a missile with the range, velocity, and accuracy to sink an aircraft carrier. The Chinese have created a “missile centric” military in pursuit of a highly effective asymmetric strategy designed to keep America’s surface navy from intervening in a potential conflict in the Taiwan Strait or in the East and South China Seas.

The Chinese also know that America’s armed forces depend almost completely on space satellites for targeting, intelligence, and communication. Hence the recent missile-intercept test and, more generally, China’s rapid development of anti-satellite capabilities designed to destroy or severely disrupt America’s space assets in every orbital regime. They will have that capability by 2020, if they don’t have it already.

How is America responding to all this? In the years when China’s military modernization first began to bear fruit, America’s armed forces were completely focused on counterinsurgency in the Middle East. In 2011, then–secretary of defense Bob Gates proposed a ten-year budget with modest increases designed primarily to increase the size of the navy in response to the Chinese buildup. Congress and the president responded by cutting a half trillion dollars from the Gates budget and imposing another $500 billion in reductions by sequester.

As a result, both present and future readiness are declining across the force. The Navy, which currently has no effective defense against China’s missile strategy, is shrinking. The Air Force has fewer planes and an older inventory than at any time since the inception of the service. The Army is being reduced to pre–World War II levels. All of this, and more, was recently detailed in the unanimous report of the National Defense Panel, which found that unless the defense cuts were reversed, the armed forces would in the near future be at high risk of not being able to carry out their missions.

China, of course, has watched all this carefully, drawn the obvious conclusion, and stepped up its provocations in the western Pacific.

The Chinese government, which means the leaders of the Chinese Communist party, insists that the purpose of their military buildup is defensive, but anyone who believes that is not familiar either with China’s policy in the western Pacific or the strategy it is using to execute it.

I don’t believe the Chinese intend war with the United States. What they intend is to credibly threaten war, while continuing to shift the balance of power decisively in their favor and thereby achieve their objectives by intimidation. So far they are succeeding.