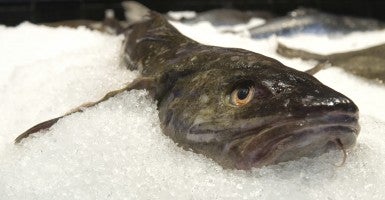 Even bottom dwellers are getting special treatment in D.C. Unlike the joke that makes some lawyers mad, in this case I’m talking about catfish.

Buried within the 2008 farm bill was a new inspection program for catfish. Generally, the FDA inspects seafood, including catfish. Under this program though, the USDA, not the FDA, will inspect catfish. Facilities that process both catfish and other seafood now will have two regulatory regimes to be concerned about, one from the FDA and one from the USDA. At any time, the USDA could issue a final rule implementing this inspection program.

The nuances of seafood inspection may not seem exciting, but this catfish inspection program is the epitome of cronyism and far more damaging than it may appear.

The costs to taxpayers for this program will be about $14 million a year, according to the USDA. It also will hurt consumers and other American industries, all to help domestic catfish farmers.

Proponents of this more burdensome USDA program claim it’s needed to improve safety, but the FDA and the Centers for Disease Control and Prevention consider commercially raised catfish to be a low-risk food.  The independent Government Accountability Office has stated the program “would result in duplication of federal programs and cost taxpayers millions of dollars annually without enhancing the safety of catfish intended for human consumption.”

The program actually is a protectionist scheme for domestic catfish farmers. Foreign exporters won’t be able to sell their catfish that Americans already consume until the USDA works with other countries to establish an equivalent regulatory system. This could take several years, assuming other countries even decide to move forward with such a system.

During this time, domestic catfish farmers would have a monopoly on the catfish market. Consumers would be hurt through reduced competition and higher prices. Countries such as Vietnam, which would have to incur this unjustified non-tariff barrier, already have threatened to retaliate.  As reported by the New York Times:

“Our government is unwilling to sit by as this program is implemented,” the [Vietnamese] trade officials wrote, adding that American exports of beef, soybeans and other goods to Vietnam could suffer as a result.

As should be expected, domestic catfish farmers are unlikely to suffer from any retaliation. However other agricultural interests, such as meat packers and soybean farmers, will likely get harmed.

The entire seafood industry also should be concerned. Catfish farmers almost certainly will argue the USDA should impose the unnecessary regulatory schemes on other seafood, because otherwise it would be unfair to catfish farmers. The irony that catfish farmers asked for the USDA to regulate catfish in the first place would be lost, especially as memories fade.

The good news is there’s widespread opposition to this inexcusable program. The GAO repeatedly has suggested Congress repeal the catfish inspection program. The title of its report, “Responsibility for Inspecting Catfish Should Not Be Assigned to USDA” provided a not-so-subtle hint to Congress about its view of the program.

The House farm bill passed in 2013 included a provision that would have repealed the catfish program. The provision though didn’t make it into the final farm bill. President Obama sought to eliminate the catfish inspection program in his FY 2014 budget. Bipartisan legislation (H.R. 1313 and S. 632) would repeal the program. Rep. Vicky Hartzler, R-Mo., reportedly has offered an amendment to the agriculture appropriations bill that would withhold funding for the program.

The bad news is even all of this opposition hasn’t killed the program, at least not yet. This program provides a great test to determine if legislators truly oppose cronyism. There’s little agreement in Congress on most issues, but when it comes to this handout to catfish farmers, most legislators should be able to agree that this program should be thrown back into the muck from which it came.