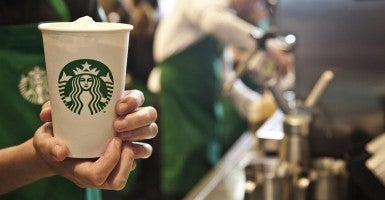 For 11 hours Wednesday, customers ordering at the drive-through window at a Starbucks in St. Petersburg, Fla. paid for the cars’ order behind them, Tampa Bay Times reported. The “paying forward” began with a random woman at 7 a.m. who paid for her own drink, then asked to pay for a caramel macchiato for the person after her. When drivers pulled up to the window of retrieve their orders, the barista would tell them their drinks had been paid for by the driver before them, and asked if they’d “like to return the favor.” As the window baristas realized the pattern wasn’t breaking, they started to keep a tally. Customers who were the only car in line at the time of their order bought a gift card to pay it forward. Unfortunately, according to the Tampa Bay Times, car 379 didn’t quite understand the concept. She said she “just wanted to pay for her $2.25 drink and not someone else’s.” Bay News 9 says this isn’t the Starbucks location’s first time to facilitate an impromptu chain of events. Their previous “pay it forward” record was 141.

How many hours of caffeinated kindness will it take to break 400?