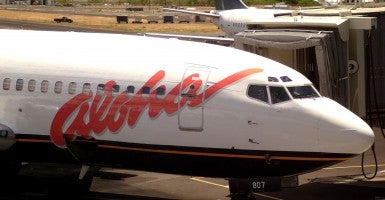 HONOLULU—Although 2,500 miles from the continental United States, Hawaii has joined the list of states temporarily housing unaccompanied minors from Central America who have illegally crossed into America through the U.S.-Mexico border.

Who’s paying to transport the minors to Hawaii? You, the taxpayer.

Some 60,000 Central American youths fleeing their home countries have come to the United States in the past few months. That number could reach 90,000 by the end of the year.

Kenneth Wolfe, a spokesman the U.S. Department of Health and Human Services, said between Jan. 1 and July 7, eight minors were discharged from the unaccompanied alien children program to sponsors in Hawaii.

Wolfe couldn’t offer any details on the ages and countries of origin of the children, where the children are now living, or who is sponsoring them in Hawaii. But he said the sponsors are “mostly family members of the child. In fact, more than half are parents of the minor.”

Federal taxpayers cover the cost of transportation and housing for the refugee children, including airfare to Hawaii, Wolfe said.

Former U.S. Rep. Charles Djou, R-Hawaii, said although he feels for the children and is sympathetic to their plight, he doesn’t believe taxpayers should be covering their airline tickets to Hawaii.

Djou said if children in Central America hear that they could get an all-expense trip paid to Hawaii from the federal government, more might cross the border illegally.

“What an incentive,” Djou said.

The average length of stay in the program is now less than 30 days, Wolfe said. But Hawaii immigration attorney Clare Hanusz said the children could be here much longer, depending on the immigration court calendar.