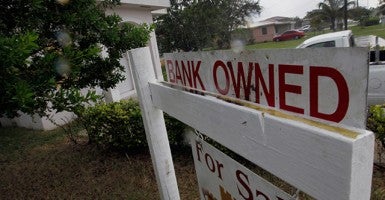 Several key Democrats refused to support a housing finance bill in a Senate committee today, leaving its prospects for passage unlikely this year.

The measure was spearheaded by Senate Banking Chairman Tim Johnson, D-S.D., and Sen. Mike Crapo, R-Idaho. Despite their bipartisan support and a 13-9 vote in committee, today’s action was called “a major setback for the Obama administration.”

Sens. Charles Schumer, D-N.Y., and Elizabeth Warren, D-Mass., were among the outspoken liberals to vote against the Johnson-Crapo bill, which also faced opposition from conservatives.

The bill, officially known as the Housing Finance Reform and Taxpayer Protection Act (S. 1217), would eliminate Fannie Mae and Freddie Mac but leave taxpayers on the hook in the event of another financial crisis.

In an effort to secure more support, Johnson postponed an April committee vote on the bill. He acknowledged the setback today, claiming to have “exhaust[ed] every option” to try and strike a deal.  “I do not expect to get as many votes today as I had hoped we would,” Johnson said. “But what is most important is that we have enough support to keep this process moving forward.”

Warren was among the most vocal critics of the proposal. She said the plan would limit the availability of some Americans to secure loans currently available because of Fannie Mae and Freddie Mac.

“That would be a hard blow to families hoping to buy homes and would be devastating for the housing market,” said Warren, according to Politico.

Republicans, meanwhile, criticized the bill for increasing the government’s involvement.

“I fear that while this legislation is well-intended, it may further complicate an already complex problem by expanding the role of the federal government in our private housing finance market and creating, yet again, another massive regulator,” said Sen. Richard Shelby, R-Ala., who voted against the measure.

The Heritage Foundation’s Norbert Michel, who provided live reaction on Twitter during this morning’s Senate Banking Committee markup, said the differing opinions of Shelby and Sen. Robert Menendez, D-N.J., illustrate the contrasting visions on the issue.

“Sen. Shelby rightly questioned whether we need to have the federal government so involved in the mortgage market, while Sen. Menendez clearly believes Congress can simply design a new financial system,” Michel said. “This fundamental philosophical difference is nowhere near being reconciled.”

Even before today’s vote, prospects for the Senate bill were unclear. House Financial Services Chairman Jeb Hensarling, R-Texas, has his own bill, the PATH Act, and called some of the Senate’s provisions “controversial and irresponsible” for politicizing the issue of mortgage credit.

“This wealth redistribution scheme, far worse than that of the current system, would be a multibillion-dollar annual invitation to return to the lower credit standards, higher risks, and unsustainable lending that created the crisis in the first place,” Hensarling said.

>>> Related: Getting Your Neighbor’s Mortgage Off Your Lawn