President Obama’s so-called Buffett Rule just won’t go away. It is back in its latest iteration because Senate Democrats proposed it to partially offset the soon-to-begin sequestration spending cuts.

In the Senate Democrats’ version, the Buffett Rule, named after famed investor and vocal advocate for (and benefactor of) liberal policy objectives Warren Buffett, would apply a 30 percent minimum tax rate to taxpayers with adjusted gross income (AGI) over $1 million deducting charitable contributions. More specifics on the policy, like whether it’ll impose an enormous marriage penalty by setting the $1 million threshold to apply for both single and married filers, have yet to be released.

One of the justifications President Obama and other supporters of the Buffett Rule use to argue for the policy are that billionaires like Buffett pay a lower tax rate than the people that work for them, like their secretaries. And that “the rich” should pay a higher rate than the middle class. This argument is grounded in class warfare and has no basis in fact.

According to the Congressional Budget Office (CBO), the top 1 percent of income earners (those earning above $400,000 for families) pay an effective rate on all federal taxes of 29 percent. That’s three times more than the 11 percent the middle class pays. The Buffett Rule is already largely in effect.

The Buffett Rule also ignores that high earners already pay a lion’s share of the federal tax burden. The top 10 percent of income earners pay 70 percent of all federal income taxes. They’ll pay an even bigger share once the effects of the fiscal cliff tax increases fully kick in.

Implementing the Buffett Rule would raise little revenue compared to the massive spending President Obama wants, but it would put a severe drag on economic growth and job creation.

Calculations by The Heritage Foundation’s Center for Data Analysis find that taxpayers with AGI from $1 million to $1.5 million are hit hard by this new tax increase. They would pay on average almost $67,000 more in taxes per year because of the Buffett Rule.

Most taxpayers paying that higher amount are job creators—either small business owners or investors that provide capital to businesses. Small business owners could employ an additional worker making well above the median income for the $67,000 they’ll lose to the Buffett Rule. Investors deprived of that money won’t have it to invest in promising new start-ups that could create many jobs.

Slower economic growth and job creation would reduce upward opportunities for the middle class. It would also hamper efforts of the more than 12 million currently unemployed Americans to find new jobs.

The prospects of the Buffett Rule becoming law are dim. For that, the middle class and those looking for work can be grateful. 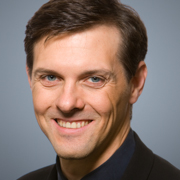