An overwhelming majority of Americans (72 percent) don’t believe President Barack Obama will keep his promise to overhaul the health care system without adding to the federal deficit, according to a new study released today by the Quinnipiac University.

The survey, which polled 2,409 registered voters nationwide from July 27 to August 3, found 55 percent of Americans are more worried Congress will spend too much money and add to the federal deficit than they are that Congress won’t pass through health care reform system without adding to the deficit.

The poll is another blow to the Obama administration and congressional Democrats, who have been receiving strident public backlash regarding health care legislation in the House and Senate. Pollster David Brown, an assistant director, said the striking finding in the study is the high amount of public concern for the federal deficit, which is estimated to be $1.845 trillion ($15,635 per household) for 2009.

“The concern about the deficit is very unusual in recent history, since it’s usually given lip service among voters,” he said at a press conference today. “It’s fair to say the public opinion momentum that President Obama enjoyed on health care reform has slowed and perhaps stopped.”

While he would not say if the public was reacting to the $787 billion economic stimulus package, Brown did note that Americans have been affected by the initial $1.6 trillion price tag for current health care reform bills in the House. “This may be from the numbers being tossed around,” he said.

Congress has tried to make their plan “deficit-neutral” by bringing the total down to less than $1 trillion, but longer-term estimates of the cost run to the tune of $9.2 trillion, according to the Joint Economic Committee’s 75-year costs estimate of the House bill.

Other findings from the survey:

Another poll from Rasmussen Reports out today found 54 percent of U.S. voters say tax cuts for the middle class are more important than new spending for health care reform, coming at a time when Obama administration officials have refused to rule out tax hikes on most Americans to pay for health care reform and lowering the deficit. 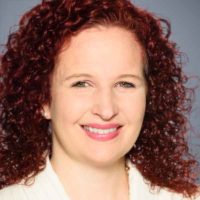