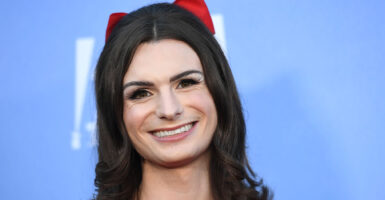 President Joe Biden wants your children to make life-changing gender transitions, and the only reason you want to stop him is bigotry and fear. At least, so he says.

In a NowThis media roundtable aired Sunday, Biden discussed issues of the day with progressive activists and social media personalities. Most notable was his interview with transgender TikTok celebrity Dylan Mulvaney, a biological male who is transitioning to “girlhood.”

In the interview, Biden said state attempts to restrict gender transitions are immoral and based on “fear.” He was asked if states had the right to place restrictions on “gender-affirming care,” as the Left likes to call hormone therapy and reconstructive surgeries.

“I don’t think any state or anybody should have the right to do that. As a moral question or as a legal question, I just think it’s wrong,” the president said in response.

Though Biden didn’t make a distinction in these procedures between adults and minors, his actions suggest he’s referring to both. Some states have placed limitations on gender treatments and surgeries for minors in the past few years. Biden made it a priority to stop them.

In April, the Biden administration issued guidance through the Department of Health and Human Services saying that the federal government will ensure that “transgender youth receive the care they need.”

What administration officials mean is that the federal government is committed to assuring that children will be gender transitioned, whether you like it or not.

The Justice Department released a memo alongside the HHS statement, saying in part:

Intentionally erecting discriminatory barriers to prevent individuals from receiving gender-affirming care implicates a number of federal legal guarantees. State laws and policies that prevent parents or guardians from following the advice of a health care professional regarding what may be medically necessary or otherwise appropriate care for transgender minors may infringe on rights protected by both the Equal Protection and the Due Process Clauses of the Fourteenth Amendment.

It’s a reminder that although Americans are most worried about the federal response to inflation and the porous southern border, this administration prioritizes imposing its radical social agenda on the country.

“It’s really important that we continue to speak out about the basic fundamental rights of all human beings. And the idea, the idea, that was going on, you know, in some state—I won’t get into the politics of it, but, some states, it’s just—it’s outrageous, and I think it’s immoral,” Biden said in his interview with Mulvaney, the transgender TikTok celebrity.

Biden then accused those who stand in the way of his agenda of being uninformed or driven by “fear.”

The truth is, many Americans are quite informed about the transgender issue and increasingly reject the Left’s ideas about it. In addition, they reject the outlook of the politically compromised science and medical institutions that have wrapped this political decision in the cloak of credentialism and pseudo-credibility.

If Biden has his way, it will be the “right” of children to make life-altering changes to their anatomy and there will be nothing voters can do to stop it. So much for saving “democracy” or whatever nonsense message the administration is peddling these days.

Administration officials want a woke technological-scientific and legal elite to make transformative decisions for our society.

At the very least, Mulvaney’s interview with Biden revealed the president’s mentality on the transgender issue.

It’s become a pattern of the Biden presidency to bring in various TikTok and social media “influencers” to discuss and promote the president’s policies.

Mulvaney’s TikTok videos are bizarre, to say the least. He has a viral video series called “Days of Girlhood.” Amber Athey described these videos in The Spectator:

His portrayal of his ‘transition’ in the series is littered with cartoonish portrayals of womanhood—take Day One, where Mulvaney insists he cried several times for no apparent reason because, obviously, women are constantly PMSing and thus incapable of controlling their emotions. Later in his journey, Mulvaney describes planning the perfect slumber party, despite most women I know leaving group sleepovers behind in middle school. He also has a shopping addiction and cries when he sees bugs. Cute.

Mulvaney has been promoted by various corporate entities such as Ulta, a beauty products company.

That this person now is being promoted by the White House is just the latest example of the nexus among woke corporations, media, and the Democrat Party as they all aggressively promote the values of the cultural far left.

As Athey wrote in The Spectator, promoting Mulvaney as a representative of women not only insults women through caricatured stereotype, it ultimately tells women to “look truth dead in the eyes and then spit in its face.”

The Biden administration doesn’t just want to spit in the face of truth, it wants to ensure that its agenda is enforced—whether it’s in line with the truth or not, and whether the people want it or not.

And the president has the gall to call his opponents semi-fascists.