What the Polls Actually Say: Only 1 in 3 Americans Support Roe v. Wade 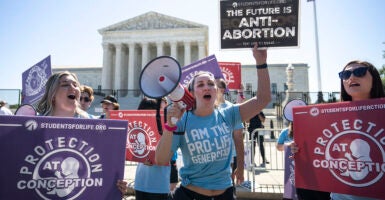 Now that it looks like the Supreme Court could overturn Roe v. Wade, news stories declare Americans overwhelmingly support it. But polling shows most have no idea what Roe actually does. Pictured: Pro-life activists rally in front of the U.S. Supreme Court in Washington, D.C., on June 6, 2022, awaiting the release of a decision that could potentially overturn the 1973 abortion law Roe v. Wade. (Photo: Drew Angerer/Getty Images). 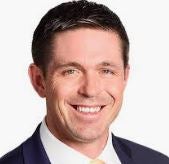 What these reports and the polling they cite conveniently omit is one decisive fact: Most Americans have no idea what Roe v. Wade is or what it did. So, any attempt to connect the Supreme Court’s analysis and decision in Roe to public opinion is tilting at constitutional windmills. As Marcus Aurelius is said to have quipped, “The opinion of 10,000 men is of no value if none of them know anything about the subject.”

Yet, since poll results are the coin of the realm in American political life, it should be noted that 70% of Americans oppose legalized abortion in the second trimester.

As some of us know, Roe and its hideous sibling, Doe v. Bolton, made America an extreme global outlier on abortion policy. As of this moment, the United States is one of only six countries in the world, along with countries like North Korea and China, to allow abortion through all nine months of pregnancy. And states like California want to go even further than that.

So, it should not be a surprise that U.S. News and World Report noted that one-third of Americans polled could not correctly identify the contested issue in the Roe decision. Less than half of the youngest respondents could identify abortion as the matter before the Supreme Court.

Prior to the U.S. News poll, Alliance Defending Freedom sponsored a “Roe I.Q. Test,” which more than 50,000 Americans across the ideological spectrum completed. The average grade was an “F.” The lowest scoring demographic was the most liberal Americans—those most likely to say they support Roe.

With time, advances in sonogram and neonatal technology, and near limitless access to information, it seems the more accurately the public understands the issue of abortion and the ruling in Roe, the less they support either.

Of course, public opinion on the issue of abortion has no proper place in the Supreme Court’s analysis and decision in the Dobbs case. Justices of the Supreme Court owe allegiance and fidelity solely to the Constitution as it is written, not to the “penumbras and emanations” of any of its articles or amendments. Supreme Court justices are given lifetime tenure and immunity from popular election for this purpose.

If the American people express their popular will through their elected representatives in a way that conflicts with the Constitution, the Supreme Court has the authority and duty to find such a law or policy unconstitutional.

But the court cannot substitute its own naked policy preferences for those expressed in laws duly passed by elected lawmakers. Yet that is precisely what it did in Roe, inventing a right from whole cloth that had no basis in the Constitution, and that overrode the desire of millions of Americans to protect innocent human life.

Overturning Roe would enact no new national policy anywhere in America. Instead, overturning Roe would remedy the most egregious usurpation of legislative power by the judicial branch and the most severe injury to the constitutionally ordained separation of powers of our branches of government in more than half a century.

To return power to the people and enable citizens to act through their state legislatures to create policies that protect the lives and health of unborn babies and their mothers is the democratic thing to do. Overturning Roe would reopen the debate that Roe and the multibillion-dollar abortion industry shut down for nearly 50 years and restore trust in the legitimacy of the judicial branch.

Moreover, a state-by-state approach to the issue could result in a more informed debate, one in which citizens take the time to educate themselves on the issues of abortion, Roe, and Dobbs to better express their policy preferences to their elected legislators and the pollsters.