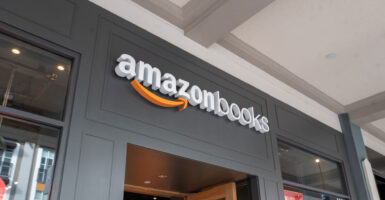 Amazon leaders reportedly held a special meeting to discuss “Johnny the Walrus,” a children’s book by conservative political commentator Matt Walsh, according to videos shared by the Libs of TikTok Twitter account.

Walsh’s book about a boy who pretends to be a walrus was intended as commentary on the transgender child debate, and it quickly soared to the #1 bestselling LGBTQ book on Amazon before the company removed it from its LGBTQ book list.

Amazon employees reportedly characterized the book as harmful during an internal meeting while accusing Walsh of exploiting the company’s algorithms to harm the community, according to the videos.

Amazon leadership held a session for employees dealing with the “trauma” of Matt Walsh’s book becoming a best seller and dealing with his trolling. They strategize on how to demote it on their site and claim he will get people killed. @MattWalshBlog broke them. pic.twitter.com/AKH8ihO0iV

“It’s been a very traumatic experience for transgender Amazonians and our transgender customers,” a man identified as Chuck said in one video.

At one point Chuck removed his glasses to wipe tears from his eyes. He then showed a 30-second clip of Walsh reading his book after telling viewers multiple times to “brace” themselves.

“’Johnny the Walrus’ is a bit of a problematic book—not a bit. It is not a bit of a problem. It’s one hell of a problem. And I would preface this about what the book’s about, but the customer we’re going to listen to does a great job,” Chuck says before playing audio of a customer’s complaint about the book.

“It is teaching kids to kill, well, to bully transgenders. Yeah, to bully them into committing suicide,” the customer complained.

More from the Amazon therapy session for trauma from Matt Walsh’s books: They accuse Matt of hate speech and the host literally breaks down in tears. Attendees are warned “brace yourself” before a clip of Matt reading his book is played. We are living in different realities. pic.twitter.com/naxlcG7RvD

An unnamed speaker explained the book’s success on Amazon’s website was due to an abuse of the company’s algorithms, according to another video shared by Libs of TikTok.

“The book made it to No. 1 bestseller in LBGTQ books and, actually, I think it was No. 4 of all books for a day. It’s bad faith, it’s basically abuse of Amazon systems,” the speaker said. “People like him are taking advantage of Amazon and how the Amazon algorithms work to promote their particular brand of hate and harm on the community.”

Chuck said the company had reclassified the book into “Politics” in response to Walsh’s online “trolling,” but is still selling the book.

The two then discussed Walsh’s upcoming book “What Is A Woman?” which Chuck said was “disturbing.” The book has not been released yet but is currently the top-selling book in Amazon’s “Women’s Studies” section, Chuck explained.

“This is the proudest moment of my career,” Walsh said in response to the leaked videos.

Amazon did not respond to the Daily Caller News Foundation’s request for comment.