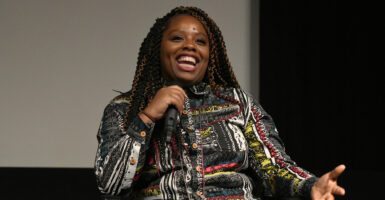 The media and Big Tech have given cover to the founders of Black Lives Matter, including Patrisse Cullors, pictured here. (Photo: Michael Kovac/Getty Images for Magnolia Pictures) 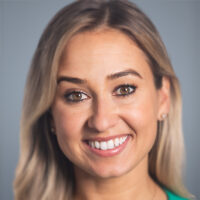 Black Lives Matter benefits from a vicious cycle that allows the organization to carry on changing America beyond recognition. Large media companies like The New York Times, The Washington Post, and TV networks have imposed a news blackout that ensures that BLM supporters ignore its intent and practices.

This continues to be the case despite several breaking bombshells this year alone regarding financial improprieties by the Black Lives Matter Global Network Foundation, BLM’s mothership.

So unless you are that rare BLM backer who assiduously watches Fox News or reads the New York Post or the Washington Examiner—three organizations that take their journalistic responsibilities seriously regarding BLM, and which have recently been joined by New York Magazine—there are a number of important things you have missed.

Here’s a handy rundown of just the major items, so you can email it to your liberal cousin:

Secret purchase of mansion in Southern California and attempts to lie about it: New York Magazine, a liberal media company that has decided to break omerta on BLM, broke the news last Monday that the Black Lives Matter Global Network Foundation had purchased a $6 million California mansion and went through great duplicitous lengths to keep it hidden.

Reporter Sean Campbell, who said on social media that breaking the story had been very hard on him, wrote that after he contacted the Black Lives Matter Global Network Foundation, its “leaders circulated an internal strategy memo with possible responses, ranging from ‘Can we kill the story?’ to ‘Our angle—needs to be to deflate ownership of the property.’”

In one last desperate attempt at obfuscation, Shalomyah Bowers, a Black Lives Matter Global Network Foundation board member, said in an email that the organization had bought the California mansion “to serve as housing as studio for recipients of the Black Joy Creators Fellowship … which provides recording resources and dedicated space for Black creatives.”

Never mind that the fellowship wasn’t announced until the following morning.

Even the purchase itself was made by a third party named Dyane Pascall, a financial manager for an LLC owned by Black Lives Matter Global Network Foundation co-founder Patrisse Cullors. Within a week Pascall transferred the property to another LLC set up by the Perkins Coie law firm. “That maneuver ensured that the ultimate identity of the property’s new owner was not disclosed to the public,” wrote Campbell.

“For BLM Canada to take money from BLM Global Network [Foundation] for a building without consulting the community was unethical,” Canadian BLM activists Sarah Jama and Sahra Soudi said in a statement quoted by Kerr in January. Which brings us to another ignored item:

The families of black Americans slain by police in whose name BLM says it acts have often complained about not seeing help.

In a story he filed in February, Campbell wrote that Michael Brown Sr., Lisa Simpson, and Samaria Rice—the father of Michael Brown and the mothers of Tamara Rice and Richard Risher—have complained that they haven’s seen a penny from BLM.

Brown released a video in 2020 asking for money while the two mothers called for the Black Lives Matter Global Network Foundation and others to stop capitalizing on their tragedy.

“We don’t want or need y’all parading in the streets accumulating donations, platforms, movie deals, etc. off the death of our loved ones, while the families and communities are left clueless and broken,” they wrote in a statement. “Don’t say our loved ones’ names period! That’s our truth!”

Not even the IRS knows where the money that hasn’t gone into real estate has gone. As Fox Business’ Danielle Wallace reported in February, the attorneys general of deep blue California and Washington state have ordered the Black Lives Matter Global Network Foundation to submit delinquent financial reports for 2020, and the organization had to cease fundraising.

Big Tech has been complicit in the news blackout. Facebook has made sure that a New York Post story of a year ago on how Cullors, the Black Lives Matter Global Network Foundation co-founder and former leader, had bought three homes worth millions disappeared into the memory hole.

Facebook has not been alone. When one of us published “BLM: The Making of a New Marxist Revolution” last September, Amazon banned ads for the book under the pretext that it dealt with “highly debated social topics.” When I poured scorn on the idea, Amazon retreated.

Twitter, too, has gladly played the censorship game. When black sports journalist Jason Whitlock criticized Cullors’ purchase, Twitter locked his account for violating its policy against “posting private information.” But Twitter allowed the private information—names, emails, ZIP codes, and internet protocol addresses—of hundreds of donors to the Canadian trucker convoy to proliferate unimpeded across its site in February.

BLM, however, deserves scrutiny. Since its inception years ago, it has been at the forefront of a profound social change that has exploded into our classrooms, offices, military bases, churches, and corporations. Which brings us to the final and most important item that Big Media and Big Tech have suppressed.

The Black Lives Matter Global Network Foundation’s founders were trained by Marxist theoreticians on how to overthrow the American system.

BLM’s leaders trained for years at centers set up by Maoists, Soviet apologists, and experts on Antonio Gramsci’s strategy of effecting revolution by preceding it with ideological indoctrination. It is this untold Marxism that ties all the previous items together.