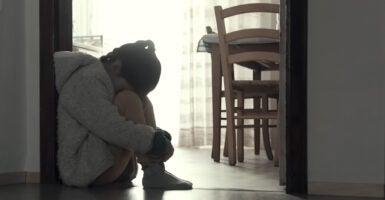 Radical activists are trying to redefine what a woman is. (Photo illustration: Getty Images)

On this edition of the “Problematic Women” podcast, we break down a new effort to defend the legal rights of women and girls.

A document from the Independent Women’s Network, “The Women’s Bill of Rights,” calls for legally defining basic sex-based terms that activists have manipulated in recent years to alter the common public meaning of the nation’s laws against discrimination.

We also share the horrific story of five babies who appear to have been aborted illegally in the nation’s capital. And we discuss Suzy Weiss’  column headlined “The Teen Girls Aren’t Going to Forget,” which explores the accelerating mental health crisis among teenage girls.

And as always, we crown our Problematic Woman of the Week.