Is Your State Ready for Roe to Go? 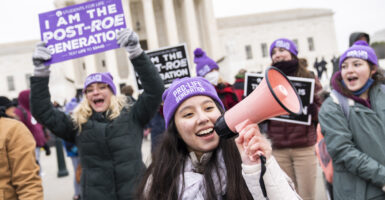 Natalie Hejran is the staff counsel for Americans United for Life.

Every spring, as the end of the Supreme Court’s term approaches, judicial watchers around the country wait on pins and needles, usually for one or two opinions in particular.

This year, that feeling is amplified as we anticipate the decision for Dobbs v. Jackson Women’s Health Organization, the first direct challenge to Roe v. Wade in three decades. After hearing comprehensive oral arguments in December, the pro-life movement hopes this case will go in our favor.

But what happens if Roe v. Wade is overturned? Most Americans don’t know that if Roe is overturned in Dobbs, it will merely send the abortion issue back to the states. This means states will become a battleground for pro-life and pro-abortion legislation.

Up until now, Planned Parenthood v. Casey said states may regulate, but not prohibit, abortion before the unborn baby is viable, over halfway through pregnancy. For many states, this isn’t enough. They want to go further.

In Dobbs, Mississippi asked the Supreme Court for the freedom to protect life before viability. Many states want to do the same, and have added a right to life to their state constitution or passed laws much more protective than the Casey standard with the hope that one day those laws could take effect.

Americans United for Life compiled a list of constitutional amendments, statutes, and lawsuits that help determine whether your state is Roe-ready, and how protective each state will be toward preborn members of the human family.

Is your state ready for Roe to go? To answer this question, we have divided the states into three categories:

Find out where your state stands here.

This list isn’t static. Last month, the Wyoming Legislature passed by supermajority a conditional law that will go into effect and protect life when Roe is overturned. Wyoming worked with Americans United for Life to include stronger language that will give the state’s attorney general a specific time frame in which to make that determination. Lawmakers in Nebraska and Ohio are considering conditional laws as well.

A few days ago, Gov. Doug Ducey signed a 15-weeks’ law, cementing Arizona’s decision to protect life. Florida’s Gov. Ron DeSantis has a similar bill on his desk, which would prevent around 3,000 late-term abortions each year.

Americans United for Life developed this list to inform Americans across all 50 states what the fight for life will look like when Roe is overturned. To see what else states are doing in this historic year, check out our legislation tracker.

Regardless of the outcome from the Supreme Court later this year, we stand with the millions of pro-life Americans all across this country who will never stop working toward a day when every member of the human family is protected in law and welcomed in life.