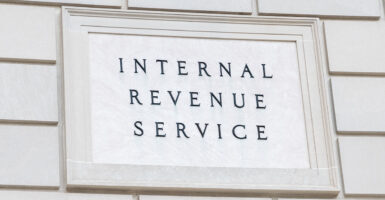 Biden’s proposed wealth tax, styled as a minimum income tax on households worth more than $100 million, will claim at least 20% of both income and “unrealized capital gains.” If that phrase sounds familiar, that’s because taxing whatever those are was the key feature of congressional Democrats’ short-lived proposal last year.

Unrealized capital gains don’t exist. You can no more tax them directly, as congressional Democrats tried to do, than reclassify them as “income,” as Biden wants to do.

A capital gain is the profit you get when you sell an investment for more than you paid for it. When the sale is complete and the money in your hand, a tax lawyer would call it a “realized” capital gain.

If, on the other hand, you choose not to sell an investment that has increased in value since you bought it, your capital gain is “unrealized,” which means it exists only on paper. That’s because its value could just as easily go down tomorrow, and the only way to lock in, or realize, that gain is by selling the investment.

The congressional Democrats’ proposal would have taxed those gains even though they didn’t exist. That, as I’ve written previously, is likely unconstitutional.

To summarize briefly, the Constitution forbids Congress from levying any direct tax unless it is apportioned among the states in proportion to the population. A direct tax is a tax on property (which includes money), or the income derived from property, which cannot be shifted onto someone else.

An income tax is the obvious example, and indeed, income taxes were held unconstitutional until we ratified the 16th Amendment.

Likewise, a tax on unrealized capital gains would be a direct tax. The 16th Amendment would not save such a tax, however, because it covers only “taxes on incomes.”

Income has a legal definition. In Commissioner v. Glenshaw Glass (1955), the Supreme Court held that income is “undeniable accessions to wealth, clearly realized, and over which the taxpayers have complete dominion.”

The many problems for Biden’s tax are obvious. First, an unrealized capital gain can’t be income because, by definition, an “unrealized” capital gain is not “clearly realized.”

Second, an unrealized capital gain can’t be income because it doesn’t exist.

And third, you can’t have complete dominion over something that doesn’t exist and that can be wiped out at a moment’s notice.

Another Supreme Court case, Eisner v. Macomber (1920), really puts the kibosh on Biden’s proposal. The court held that a dividend paid in stock rather than in cash was not income because it was an unrealized gain that didn’t put any money in the investor’s hand.

The court explained that “every dollar of his investment, together with whatever accretions and accumulations have resulted . . . still remains the property of the company, and subject to the business risks which may result in wiping out the entire investment.” The same goes for any other unrealized capital gains.

There are few people who defend wealth taxes on constitutional grounds, but their favorite counterargument comes from a case called Knowlton v. Moore (1900), which predates the 16th Amendment. In that case, the Supreme Court upheld an inheritance tax. Wealth tax defenders say that an inheritance tax and a tax on unrealized capital gains are the same thing.

They are not, and it’s not even a close call.

The court said that an inheritance tax “is not one on property, but one on the succession.” In other words, the tax occurs when real money is transferred from the estate to the heirs. An unrealized capital gain involves no transfer and no real money.

The problem that congressional Democrats ran into last year and the problem that Biden is about to run into now is that words have meanings, and they resist spontaneous changes.

No matter how Biden tries, a tax on unrealized capital gains is never going to be an “income tax.” Like the Democrats’ proposal from last year, it’s unconstitutional.