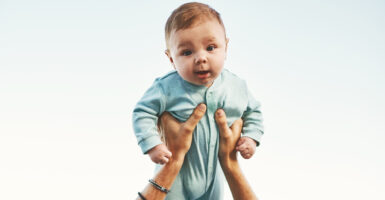 It’s always a relief when a bill expanding abortion “rights” fails to pass—especially when a Democrat is president. However, that’s not exactly the case when it comes to the most recent abortion bill that Democrats failed to pass in the Senate.

This particular abortion bill is so expansive, so ghoulish, it’s truly shameful that Democrats even tried to codify such provisions in law. It demonstrates just what they would do, if given enough power. It also directly contradicts the majority of Americans’ views on abortion.

The Senate failed to invoke cloture and proceed to a vote Feb. 28 on the House-passed version of the Women’s Health Protection Act, HR 3755.

Although the abortion bill failed, it’s important to see why Democrats crafted such legislation and what the measure would have done if enacted into law.

Soon, the Supreme Court will rule in the case of Dobbs v. Jackson Women’s Health Organization and the justices could overturn some or all of the landmark cases of Roe v. Wade and Planned Parenthood v. Casey. A favorable ruling by the high court on Dobbs would return the question of abortion to the states, where many conservatives believe it rightfully belongs.

Apparently, this eventuality is so frightening to Democrats that they had to devise a bill that effectively would revive Roe and Casey, and then some.

Some key provisions of the bill demonstrate just where the Democrat Party is on this issue, should it gain more power.

Crafted on a faulty promise, the legislation repeatedly mentions the “constitutional right to terminate a pregnancy.” Many members of the Supreme Court, in particular Justice Clarence Thomas, have sharply debunked this idea.

One of the worst aspects of Democrats’ bill is its sweeping scope, including its claim that Congress’ power to regulate interstate commerce gives it authority to control state and local abortion legislation.

The bill also would have prohibited future laws regulating abortions and the abortion industry. This is especially gut-wrenching, because as technology has improved and our understanding of the human body has grown, abortion laws have reflected such progress.

If passed, this measure would have had the effect of wiping out those advancements and decades of consensus among politicians on both sides of the aisle, who slowly have begun to recognize the personhood of the unborn.

One of those scientific advances, for better or for worse, is the ability to do genetic testing in utero. Pro-life lawmakers began drafting provisions that would protect the most vulnerable unborn babies from such tests, babies such as those with Down syndrome or other genetic abnormalities.

Not surprisingly, the Women’s Health Protection Act would have prohibited states from passing laws protecting such unborn babies. It also would have wiped out lawmakers’ ability to pass policies that protect abortion survivors—even though several states have such provisions now.

Finally, it wasn’t enough to relentlessly attack the unborn and strip babies of any personhood whatsoever. The Women’s Health Protection Act would have made it impossible for states to pass laws requiring that women have time and information to make a fully informed decision about abortion. It also would have endangered laws that prevent taxpayer dollars from subsidizing the abortion industry.

Democrats’ failed abortion bill is so sweeping in scope that it would have undone almost all abortion regulations at the state level, stripping babies of the protection of life-affirming policies that give them a chance to breathe.

As Heritage’s Jipping wrote of Democrats’ focus on the mother alone: “The bill, in fact, tries mightily to erase, avoid, or deny any suggestion, hint, or whisper that a second human being exists at all.”

It is disappointing that Roe and Casey still govern abortion jurisprudence, but America has, through a combination of changes in policy and culture, become slowly but steadily more pro-life.

Abortions are occurring at the lowest rate since the Supreme Court legalized abortion across the nation with its Roe decision in 1973. The fact that our lawmakers even considered enacting such a radical, heinous law shows a lack of respect for the progress made by the pro-life movement over several decades.

More importantly, it shows a lack of respect for the personhood of the unborn baby, and the humanity of the woman carrying him. (In fact, the latest version of the bill atrociously replaced the word “woman” with “person.”)

So although it’s a relief that this bill didn’t attract enough votes to move forward, it’s important to remember just where many far-left Democrats stand on this issue—and just how sacrosanct abortion has become to them.