8 Things to Know About Iowa Gov. Kim Reynolds, Who Will Give GOP Response to Biden’s State of Union Address 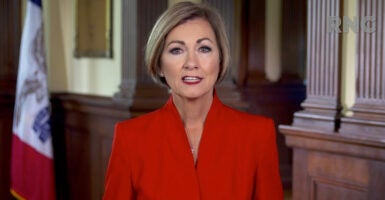 Reynolds has promised to deliver an alternative to what she regards as Biden’s “absent leadership” and far-left agenda.

But who is Reynolds, and why was she chosen for the rebuttal speech? Here are eight things to know about the Iowa native and rising GOP star.