Justice Sonia Sotomayor—seen here sitting for a group photo of the nine justices at the Supreme Court on April 23—during oral arguments on Jan. 7 made a demonstrably false claim about the number of children hospitalized with COVID-19. (Photo: Erin Schaff/Getty Images) 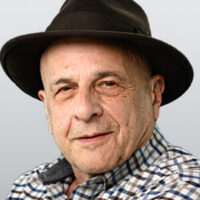 Justice Sonia Sotomayor’s ludicrous claim before her Supreme Court peers during Jan. 7 oral arguments that 100,000 children were “in serious condition” from COVID-19, when 3,000 would have been more accurate, is far more than just an embarrassment to the justice.

How could such an ill-informed person be a justice of our highest court? What else doesn’t she know—or, perhaps more exactly, doesn’t she want to know?

We have hospitals that are almost at full capacity with people severely ill on ventilators. We have over 100,000 children, which we’ve never had before, in serious condition, many on ventilators.

None of that is true. We are currently going through a bump in cases of the vastly weaker omicron variant, which many have compared to a cold, and in the vast majority of instances can be treated at home with therapeutics.

Even extreme vaccine enthusiast Centers for Disease Control and Prevention Director Dr. Rochelle Walensky admitted that hospitalizations for other age groups were fifteenfold greater than the pediatric—and those weren’t much.

Sotomayor wasn’t alone on the court in her (what some might euphemistically call) “mischaracterizations.” Justice Stephen Breyer claimed “750 million new cases” of coronavirus had been reported in our country, when the entire population is well less than half that.

Can you get two cases of COVID-19 at once? Who’d have thunk it?

What’s going on here? Are the two Supreme Court justices taking stupid pills? Is the “Wise Latina” not so wise after all?

She may not be a legal genius, but that’s not the problem. The problem is what I have called “want to believe.”

Sotomayor and Breyer are so convinced of liberal/conservative ideology that they are unable even to see the arguments of the other side, sometimes to the extent that they don’t even know they are there, that they exist.

This is even true when the arguments are about science, not politics—when facts, not opinions, are most important.

Have either of these people—Supreme Court justices who must have known for months that they were going to have to rule on matters concerning COVID-19—read any of the books on the subject by Alex Berenson, Dr. Scott Atlas, or Robert F. Kennedy Jr., the latter himself obviously a liberal?

Have they viewed any of the detailed videos made by Drs. Peter McCullough and Robert Malone, some available right here on The Epoch Times, warning of the significant dangers of vaccinating children with barely tested mRNA? (Malone, incidentally, was one of the mRNA vaccine inventors.)

Have they even read the Great Barrington Declaration? Do they know who signed it or what their backgrounds were (Harvard, Oxford, and Stanford, among others)? Do they even know what it is?

In all probability, the answer to most, possibly all, of these questions is no.

It is for almost every liberal or progressive I know. They are bathed in what are deemed the proper morally narcissistic views by The New York Times and CNN and accept them like automatons. Ignorance is bliss, as they say.

In the case of COVID-19, this kind of extreme ignorance has left dead bodies across the globe. Hydroxychloroquine and ivermectin be damned, even if they save millions of people. After all, Donald Trump recommended them. They have to be bad.

Can you imagine anything more idiotic, less scientific?

But that’s where we are on our Supreme Court—of all places, the new haven of know-nothingism. Mere bias wasn’t enough.

Sotomayor should obviously recuse herself from all matters regarding COVID-19.

But she won’t. The American left—straight up to Supreme Court justices, apparently—is suffused with a belief that everything they say is automatically correct and whatever they think ought to be true is true.

Sotomayor might not make a blunder as obvious as this one again, but the thought process—or lack thereof—that led to it will not change.

This column first appeared at The Epoch Times.