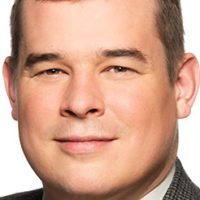 Defending the ruling regime in Washington is a tough job with a lot of moving parts. To keep everyone on message and to make sure that only the regime’s message is the controlling one in the public square, you need committed politicians, woke multinational corporations, corporate media, and devoutly loyal followers who will echo that message far and wide.

Not all of these echo chambers are created equal. For example, in the corporate media, some get to host to the fancy nighttime cable shows and make massive salaries while others have to handle the less glamorous and talent-demanding work, like pumping out endless “fact checks.”

These lower-level operatives serve their purpose in service of the regime, however. They supply the committed masses with clickbait that can be amplified by those eager to believe that the regime’s message is not only preferable but is the absolute and only truth. They exist to make us believe that to be on the side of the regime’s message is to be on the side of the facts.

One advantage the current regime has is a seemingly endless supply of individuals and outfits dedicated to churning out “fact checks” of those who question the regime’s message. In fact, it has so many fact-checkers and people to fact-check now, some outfits like PolitiFact have resorted to fact-checking random Facebook posts by nonpublic figures.

It would be a herculean effort for the conservative movement to scale up anything close to the left’s fact-check industry. The mainstream media, social media, and most other media channels have pretty much been captured by the left already.

And to be honest, conservatives are less apt to spend their days churning out clickbait for use in Twitter warfare. It’s a tactic much more in vogue with the self-righteous left, who can’t imagine that anything but its preferred policy is the scientific truth above all else, despite what the actual truth may be.

Much credit can be given to failed presidential candidate Hillary Clinton, who endlessly called for fact checks during her debate with then-candidate Donald Trump. When you aren’t winning a policy debate, it’s much easier to appeal to a supposedly “third party” judge who is on your team already.

Nonetheless, it’s important to note some of the industry’s more representative fact-check trolls in order to understand who these people are who claim to be absolute truth-tellers and our betters.

If you head over to CNN’s fact-check landing page, you will find a bevy of charged headlines concerning conservatives and the occasional flimsy, mealy-mouthed light touch of articles concerning leftists.

For example, after President Joe Biden made up that he met with Israel’s prime minister during the Six-Day War of 1967, CNN’s top fact-checker, Daniel Dale, let him off with a slap on the wrist with the headline: “Biden tells inaccurate story about his 1973 meeting with Israeli prime minister.” Supposedly, one man’s “made up story” is another man’s “inaccurate story.”

Compare that to Dale’s treatment of Sen. Rick Scott, R-Fla. Scott accurately noted that a $1 trillion spending bill that contained small amounts of infrastructure spending was an example of wasteful spending that has caused inflation. CNN’s Dale sprung to action with an unbelievably twisted fact check, stating, “to blame rising gas and food prices exclusively on government spending is false.”

Say what? Notice the goal-post shift here: Dale inserted the word “exclusively” when Scott said no such thing. He then proceeded to “debunk” his own invented claim by citing experts who pointed to supply chain issues as another cause of inflation.

Even had Scott claimed that the infrastructure bill was the sole cause or the biggest cause of inflation, this wouldn’t have passed muster as a “fact check.” Instead, it would have been simply dueling opinions from two people with two economic theories.

Is Dale somehow in a divine position to determine which economic theory holds? If he is, then his civic duty would have been to pick up the phone and call the White House and tell it the silver bullet to fix its inflation mess as opposed to writing another clickbait piece.

Dale has some competition at The Washington Post with Glenn Kessler, who is unironically bylined as “The Fact Checker” for the Jeff Bezos-owned operation. Kessler has an advantage over Dale in the burgeoning fact-checking industry: He has credentialed himself by writing a whole book about it—“Donald Trump and His Assault on Truth: The President’s Falsehoods, Misleading Claims and Flat-Out Lies.” An unbiased and neutral observer, indeed.

Kessler has many lowlights to choose from, but one illustrative example of the lengths he will go to please the regime is his “Four Pinocchio Rating” of a Tucker Carlson clip. In the clip, Carlson played a video of Biden, then-vice president, saying:

An unrelenting stream of immigration, nonstop, nonstop. Folks like me who are Caucasian of European descent for the first time in 2017 will be in an absolute minority in the United States of America. Absolute minority. Fewer than 50% of the people in America from then and on will be white European stock. That’s not a bad thing. That’s as a source of our strength.

Carlson then added commentary, as talk show hosts are wont to do, saying:

An unrelenting stream of immigration. But why? Well, Joe Biden just said it, to change the racial mix of the country. That’s the reason, to reduce the political power of people whose ancestors lived here, and dramatically increase the proportion of Americans newly arrived from the Third World. … This is the language of eugenics, it’s horrifying.

Enter Kessler, who likely knows the most severe outrage must be reserved in defense of open-borders policies or anything short of full praise for mass immigration, legal or illegal. On his way to awarding Carlson four Pinocchios, the highest rating reserved for only those he determines to be “whoppers,” Kessler accused Carlson of “manipulative clipping” by leaving out the rest of the speech.

Unfortunately for Kessler, the rest of the speech said nothing to leave the impression that Biden meant anything other than what he had said in the clip Carlson played.

Essentially, Kessler wagged his finger at Carlson for not devoting more of his show to playing an entire Biden speech. Had there been anything in the video that suggested Biden didn’t mean what he said, then Kessler would have a point. But that wasn’t the case here. Presumably Kessler knew this, which would explain why he tried to quote two other portions of the speech that didn’t diminish or place into context Biden’s inflammatory, racist remark.

Obfuscation and confusion are part of the playbook. Another major part of the playbook is attacking commentary with more commentary. Kessler’s rant was really no different than Carlson’s clip: It was one person’s interpretation of what Biden said and its implications and meaning. That does not make for a “fact” check.

While Dale and Kessler are only two parts of the fact-check industry, they are very representative of that industry. What they try to pass off as a public service instead seems to be public relations for their favored regime’s message.

Taking a look at their pattern of practice will give you a pretty good idea of what the industry really is all about and why you should be instantly skeptical when presented with a “fact check” from any corporate media source. They perform a dirty job that doesn’t require much skill or honesty, but it is nonetheless an effective one for advancing their left-wing causes.