US Must Be Vigilant About Competitors in Africa 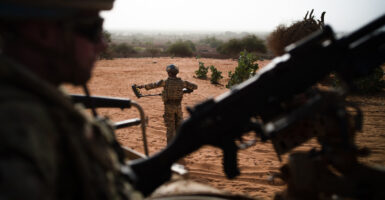 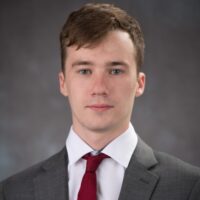 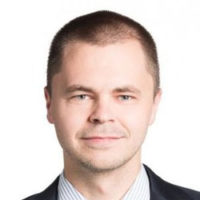 The government of Mali and a Russian mercenary organization were negotiating a deal in which 1,000 mercenaries would deploy to Mali to train its security forces and protect senior political leaders for a monthly fee of $10.8 million, according to reports.

Wagner Group, the mercenary organization, would also gain access to three mining deposits in Mali as “compensation for its services.”

Yet Wagner Group’s recent dealings align well with Russia’s strategic objectives in Africa, where Mali is situated west of Algeria and Niger. These include reducing Western influence on the continent and reestablishing Russia’s status as a global power by providing security services.

Wagner Group may also exploit Mali’s manganese deposits due to Russia’s shortage of this resource.

Because of the group’s supposed independence from the Kremlin, the Russian government can deny responsibility for its actions. That allows the group to violate human rights with less risk of the international backlash that a state would normally face, though the European Union did recently sanction the group due to its abuses in multiple countries, including several African nations.

Wagner Group’s intervention is especially troubling to France, which has maintained a military presence in Mali since 2013 at the request of its government. In July, France announced a withdrawal of about 2,000 counterterrorism troops from several African countries, including Mali.

Given that Mali remains plagued with security and humanitarian problems despite France’s support, some Malians question French troops’ effectiveness in the fight against Islamist terrorist groups such as Jama’at Nasr al-Islam wal-Muslimin and the Islamic State in the Greater Sahara. The disaffection sparked street protests against France’s military presence.

Wagner Group appears to have taken notice and pounced on the opportunity.

This development has rightly disturbed the United States and some European nations. Given Wagner Group’s destructive track record in countries such as the Central African Republic and its links to Moscow, its presence in Mali will likely further destabilize the country and inhibit Washington’s ability to advance its interests there. The U.S. and others have pressured Mali to spurn Wagner Group, though it is unclear whether they will succeed.

Mali’s case is important to the U.S. on its own merits—the country is the epicenter of an exploding Islamist terrorism problem that threatens the Sahel and regions beyond.

But it also demonstrates the need for American vigilance in Africa more broadly, and for maintaining and strengthening African relationships whenever possible and appropriate. American competitors such as Russia, China, and Iran try to undermine the U.S. on the continent at every opportunity, and the U.S. could find itself out in the cold quickly with important African countries.

The U.S. already has many long-running and consequential programs in Africa, but it should continue to innovate.

The Prosper Africa initiative, which has already led to over 800 investment deals and $50 billion in exports and investments between African countries and the U.S., was created by the Trump administration and has been expanded under the Biden administration. If it remains focused on its core objective—expanding two-way trade and investment between the U.S. and Africa—it could become another pillar of sustained U.S. engagement with Africa.

Relations between the U.S. and Mali have been relatively strong for decades due to their cooperation on counterterrorism matters and reducing poverty in Mali. The recent coups in Mali make it difficult for the U.S. to fully engage with the government, but it still has strong interests in fighting Sahelian terrorism and limiting Russia’s malign influence.

If the U.S. does not find ways in places such as Mali to maintain some influence even with problematic governments, America’s adversaries will exploit the opportunity.