Biggest Means-Tested Welfare Increase in US History Would Hurt, Not Help, Poor 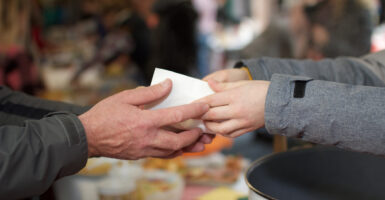 The Build Back Better plan will expand policies that for years have left the poor in long-term poverty. (Photo: Thomas Steuber/EyeEm/Getty Images) 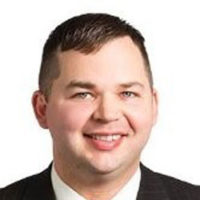 In addition, the Biden administration has used administrative action to increase permanently food stamp benefits by 21%, for a cost of an additional $180 billion over five years. Added together, the total cost of the additions to these means-tested welfare programs over five years is $836 billion. The Democrat bill artificially hides the actual cost of the new programs by terminating or severely reducing them after the fifth year.

If all the programs in the bill were fully funded through the full 10-year budget window, the total cost would be $2.3 trillion. Adding the Biden administration’s food stamp increase brings it to $2.5 trillion.

The increases in spending are unprecedented. For example, the bill proposes new spending of some $26 billion per year for low-income housing. This is roughly 50% above the current baseline spending level of $53 billion per year.

All these spending and policy changes should be considered in light of the fact that taxpayers already spend $1.16 trillion a year on means-tested assistance. Each poor family in the United States receives on average—today—roughly $65,000 per year in cash, food, housing, medical care, and free education for their children.

In addition, the bill reverses President Bill Clinton’s welfare reform by removing work requirements from large cash-welfare programs. This resurrects a failed policy of paying families not to work. Clinton was elected precisely to eliminate this type of welfare.

History teaches us the failures of such a flawed policy that keeps low-income families out of work. In the 1990s, Congress replaced a failed program, Aid to Families with Dependent Children, with Temporary Assistance for Needy Families, a work-based program. Prior to the that, low-income families faced profoundly negative results from no-strings-attached cash benefits.

Today’s welfare system—plus Democrat expansions and changes—for the most part penalizes work and discourages marriage, undermining self-support and the well-being of the poor. Rather than pouring more money into an extremely expensive and failed system, Congress should reform the system to encourage work and promote rather than penalize marriage. Such a reform would truly benefit the poor and society.