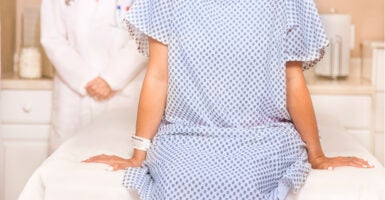 As more women opt not to have children, a record number of 25 states reported more deaths than births in 2020, according to a study by the University of New Hampshire. (Photo: fstop123/Getty Images)

Sterilization is not something you often hear about women choosing, but that may be changing.

The recent piece “First Comes Love. Then Comes Sterilization.” by Suzy Weiss on the “Common Sense With Bari Weiss” Substack tells the story of four women who have been, or plan to be, sterilized. For reasons including past trauma or not wanting a child to experience suffering, the women in the article have not only decided to not have kids, but want to ensure that they can’t have kids.

Suzy Weiss reports this phenomenon is taking place while birth rates continue to fall across America. A record number of 25 states reported more deaths than births in 2020, according to a study by the University of New Hampshire.

Why are so few women choosing to have children and what are the implications of that choice? We seek to answer these questions on this edition of the “Problematic Women” podcast.

Also on today’s show, we discuss remarks by former President Barack Obama claiming parents’ concerns over what is happening in schools is “fake outrage.” Plus, Twitter has suspended Rep. Jim Banks, R-Ind., for tweeting that Rachel Levine is a man. And as always, we’ll be crowning our “Problematic Woman of the Week.”