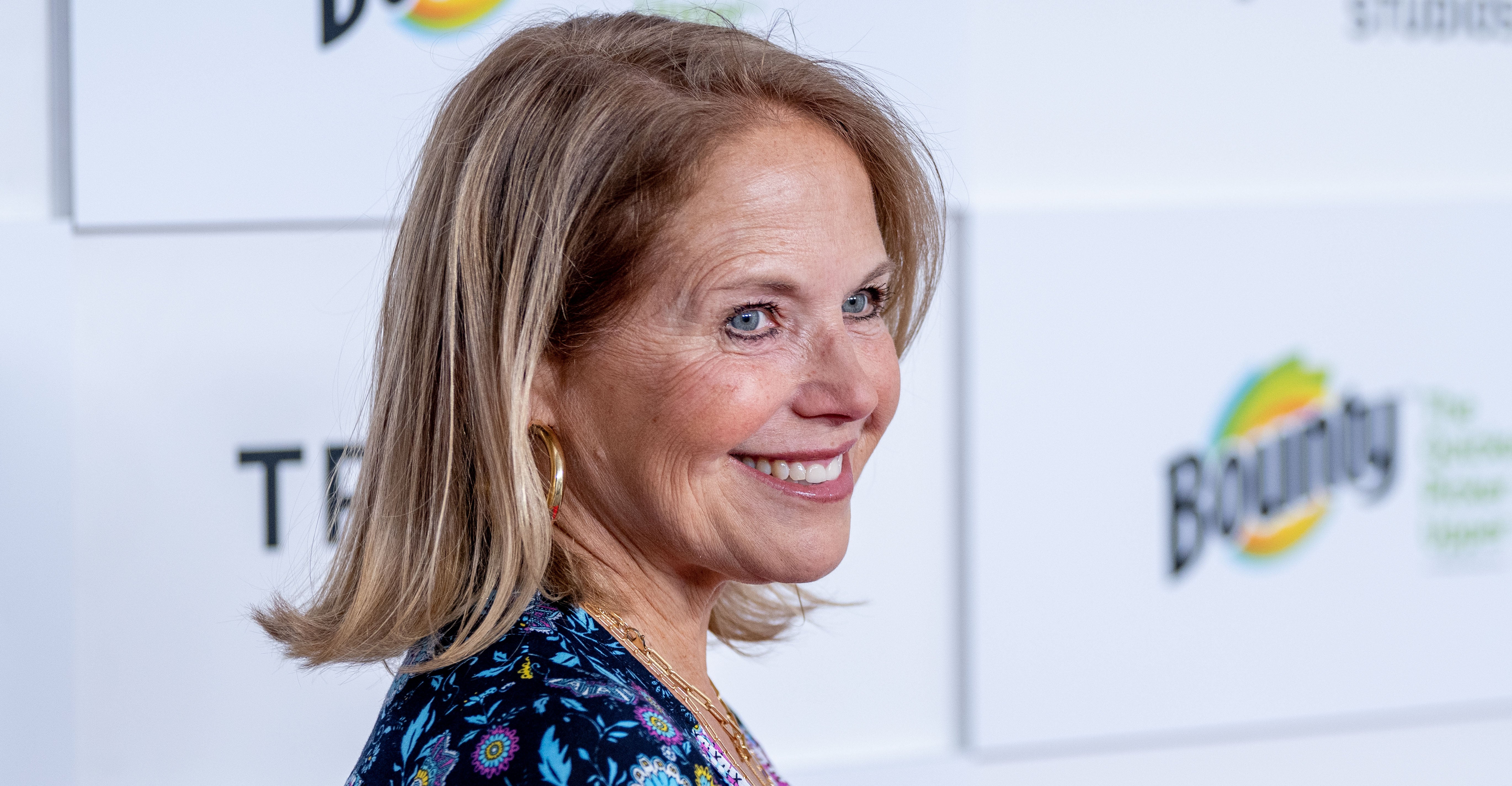 Journalist Katie Couric attends the "Turning Tables: Cooking, Serving, and Surviving in a Global Pandemic" premiere during the 2021 Tribeca Festival at Brookfield Place on June 18 in New York City. In her memoir, Couric admitted to editing a 2016 interview with the late Supreme Court Justice Ruth Bader Ginsburg to "protect" her. (Photo: Roy Rochlin/Getty Images)

All the news that’s fit to coddle the minds of woke social justice warriors.

That’s the message to the world from prominent television journalist Katie Couric.

The former “Today” co-host actually admitted in her memoir “Going There” that she edited a 2016 interview with the late Supreme Court Justice Ruth Bader Ginsburg to “protect” her.

What was Couric protecting Ginsburg from?

Couric asked Ginsburg what she thought about former NFL player Colin Kaepernick and the trend he started in the sports world of kneeling in protest during the national anthem.

She said the protesters were “stupid” and “arrogant,” and she generally blasted the protests as youthful “folly.” Some of these lines of criticism made it into the final released interview, but the most condemning were left out.

Ginsburg said that the protesters showed “contempt for a government that has made it possible for their parents and grandparents to live a decent life.”

She then said that the protests show why “education is important.”

“Notorious RBG,” as her fans call her, wasn’t done.

“Would I arrest them for doing it? No,” she said to Couric of the protesters. “I think it’s dumb and disrespectful. I would have the same answer if you asked me about flag burning.”

Ginsburg said the protests were a “terrible thing to do,” even if there was nothing illegal about them, but if they “want to be stupid” there is no law that should stop it.

Of course, these words from the left-wing icon are utterly verboten to the modern woke left. In just a few years, common sense when it comes to the flag and our country—that they are something worth respecting no matter what part of the political spectrum you are on—has utterly collapsed.

Couric’s need to edit this interview for her audience says a lot, and there’s much to unwrap about it.

The big issue that drew headlines is that Couric, assumedly a journalist, was willing to cut up an interview to make the interviewee look better and dodge the implications of what she was saying. According to the Daily Mail, Ginsburg’s staff also wanted the edits.

On this point of journalist standards, Couric got roasted from the left and right. Even The New York Times’ Maggie Haberman called it “toxic.”

Couric made the ridiculous excuse that Ginsburg, a Supreme Court justice who bore the responsibility of making complicated decisions on the most important legal cases in the country, didn’t understand the question.

But the question seemed crystal clear. Is Couric implying that Ginsburg was old and confused about a straightforward question about Kaepernick and national anthem protests? If that was the case, it seems this would have provoked serious questions about why Ginsburg was even sitting on the nation’s highest court.

Still, as bad as the editing was, it’s hard to see it as shocking at this point. Couric was actually ahead of the game as far as where much of left-of-center media is going.

The young wokes have taken over newsrooms, and they can’t tolerate anything that doesn’t immediately conform to how they see the world. No longer can left-of-center outlets merely exert the more subtle bias of carefully selecting which stories to cover or not cover to direct political narratives.

Now, there is enormous pressure for every story to support the narrative, whether it’s true or not.

Did The New York Times pull back from the deeply-flawed, and in many cases outright inaccurate, 1619 Project? Of course not. It won a Pulitzer Prize and is being peddled in K-12 schools around the country.

Couric knew that Ginsburg’s left-wing superfans expect their hero to embrace the “racial reckoning” that could surely only be opposed by icky deplorables and other unmentionables.

To hear that she wasn’t aboard their mass call to condemn America would have put her on the wrong side of history, ripe for cancelation alongside the statues and historical figures that were soon to be torn down.

But the left still needed Ginsburg. For many, she’s a quasi-religious figure who stands for all progress and good things in America. It needed her vote on the Supreme Court and it needed her to remain the secular saint to praise and worship.

Surely, St. Ruth couldn’t possibly be against diversity, equity, and inclusion, that just cannot be.

It’s hard to imagine today, but there was a time not long ago when prominent thinkers and leaders on the left didn’t outright promote the Howard Zinn tale of America as a country rotten all the way through.

That Ginsburg was more complicated than the absurd portrait created for her is deeply problematic for today’s absolutist cultural revolutionaries.

After all, if Christopher Columbus, Thomas Jefferson, and Abraham Lincoln need to be torn down and forgotten for not conforming to the left’s ever-evolving ideology of today, a left-wing Supreme Court justice from 2016 certainly shouldn’t get a pass.

As with the Soviet Union and other totalitarian states, the past must be carefully cultivated to weed out all complexities and to conform exactly to what the revolutionaries want from the world.

And that brings up the final point about Couric’s decision to edit the Ginsburg interview. She openly admitted that she did this to protect Ginsburg’s legacy, that she had stepped outside of her role as a journalist to do so.

Besides a few frustrated and angry tweets, Couric clearly thinks there will be no repercussions to her actions. She can just openly tell the world that she has gotten into the business of manipulating interviews to tell the right story and expects things to just roll along as if nothing happened.

There appears to be an assumption that the hard left has unassailable control, that it’s better to just admit to throwing out professional standards rather than anger or offend its ideological adherents.

This may keep people like Couric in positions of power under current circumstances, but it adds to the simmering discontent and distrust that now exists toward America’s most powerful institutions. The veneer of objectivity is drifting away. Democracy is stirring.