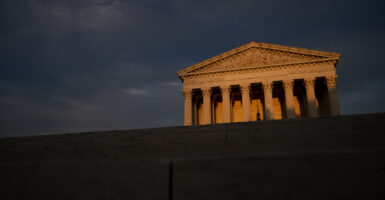 The Supreme Court has already agreed to review several important cases in its upcoming term, and it will likely add more soon. Pictured: The U.S. Supreme Court as seen on Sept. 25. (Photo: Stefani Reynolds/Getty Images) 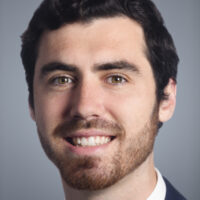 Alexander Phipps is a research associate and co-manager of the Supreme Court and Appellate Advocacy Program at The Heritage Foundation's Institute for Constitutional Government.

This is the most important abortion case in the last 30 years. Essentially, the Supreme Court will have an opportunity to reconsider—and potentially overrule—its wayward decisions in Roe v. Wade and Planned Parenthood v. Casey.

In 2018, Mississippi enacted the Gestational Age Act, which prohibits abortions after 15 weeks of gestation except in cases of medical emergency or severe fetal abnormality.

The state legislature set forth two findings in the law: 1) 75% of all nations do not permit abortions past 12 weeks’ gestation, and 2) an unborn human’s heart starts beating after five to six weeks’ gestation and by nine weeks all “basic physiological functions are present.”

>>> WATCH: The Heritage Foundation will host its annual Supreme Court preview event on Tuesday, Sept. 28, at 1 p.m. as part of their Preserve the Constitution series.

The legislature also identified several state interests concerning this law. It identified a desire to protect the life of the unborn, the medical profession, and the health of the mother. Most abortions are performed after 15 weeks using the dilation-and-evacuation procedure where the unborn child is crushed and torn apart before pieces of the dead child are removed from the womb.

Not only did Mississippi’s legislature deem that practice “barbaric” and “demeaning to the medical profession,” but they also highlighted the serious medical risks associated with it, such as pelvic infection, blood clots, heavy bleeding, and depression.

The respondent, Jackson Women’s Health Organization, Mississippi’s only abortion clinic, challenged the constitutionality of the prohibition in federal court. The district court invalidated the law, declaring it unconstitutional. Under Roe v. Wade and Planned Parenthood v. Casey, the lower court reasoned, the Supreme Court declared unconstitutional prohibitions of abortions before 24 weeks’ gestation, around the time an unborn human becomes viable.

Thomas Dobbs, Mississippi’s state health officer, appealed the decision to the U.S. Court of Appeals for the Fifth Circuit, which affirmed the district court’s ruling. He then petitioned the Supreme Court, which subsequently granted a review.

It’s hard to overstate the potential impact of this ruling, whether it be a decision upholding the lower courts’ decisions and reaffirming Roe v. Wade and Planned Parenthood v. Casey, which would be a huge blow to the pro-life movement, a moderate ruling that would gradually diminish prior abortion precedents, or a broad decision completely overturning its previous decisions.

This will be the first time in 11 years that the Supreme Court will review a significant Second Amendment case.

New York requires its residents to obtain a license for lawful possession of a firearm, regardless of whether they plan to keep it at home or take it outside. To obtain a license, a licensing officer must determine whether the applicant is of good moral character, lacks a history of crime or mental illness, and that “no good cause exists for the denial of the license.”

Applicants must also have “proper cause” to lawfully conceal carry a handgun—openly carrying a handgun is entirely banned. New York law leaves “proper cause” undefined, but courts have clarified that this standard means one must “demonstrate a special need for self-protection distinguishable from that of the general community or of persons engaged in the same profession.”

Merely having the “generalized desire” to conceal carry, according to the courts, “does not constitute ‘proper cause.’”

Petitioners Robert Nash and Brendan Koch were denied a license to carry a handgun in public despite including in their applications their desire for self-defense and that they have extensive safety training. The licensing officers determined they had failed to show proper cause because they did not demonstrate “a special need for self-defense that distinguished [themselves] from the general public.”

Petitioners filed suit challenging this standard, arguing that it violated the Second Amendment. The district court and the 2nd Circuit, however, found their challenges foreclosed because of an earlier decision by the 2nd Circuit, Kachalsky v. County of Westchester, which held that restrictions like these are constitutional.

According to the 2nd Circuit in that case, the Supreme Court’s decisions in Heller and McDonald clarified that the right to bear arms “are at their zenith within the home,” but that governments have more leeway to regulate firearm possession outside of the home so that New York’s “proper cause” standard was constitutional.

The issue before the Supreme Court is whether New York violated petitioners’ Second Amendment rights when denying their applications for conceal-carry permits for self-defense.

The Carson and Nelson families are challenging Maine’s prohibition of applying state funds from the state’s tuition assistance program towards secondary schools that, in addition to teaching academic subjects, provide religious instruction.

Petitioners argue this law prevents their families from using the funds towards the schools they consider to be best for their children and, more importantly, that it violates their Constitutional rights under the free exercise, establishment, and equal protection clauses.

Petitioners filed suit and lost in both federal district court and the U.S. Court of Appeals for the 1st Circuit. Although the Supreme Court ruled in Espinoza v. Montana Department of Revenue, that states cannot exclude families or schools from participating in a student-aid program solely because of a school’s religious status, the lower courts relied on a distinction between use-based versus status-based restrictions.

The lower courts reasoned that the Supreme Court’s decision in Espinoza v. Montana Department of Revenue prevented states from excluding schools from government programs on the basis of the school’s religious status, but it did not address whether states could prohibit how the funds were being used—for religious education.

In other words, so long as the school is only nominally religious, it cannot be excluded, but if it promotes religion, a state can exclude it from receiving funds on that basis.

The issue before the Supreme Court is whether a state violates the First or 14th Amendments by prohibiting students from choosing to use student-aid funds towards schools that provide religious instruction.

This case raises the issue of whether policies that disparately impact disabled groups violate the anti-discrimination provisions of the Rehabilitation Act and the Patient Protection and Affordable Care Act.

The respondents, using “John Doe” aliases, are enrollees of employee-sponsored health care who are afflicted with HIV. The petitioners, all wholly owned subsidiaries of CVS Health Corporation, provide the John Does with their medication.

The respondents argue this delivery mandate prevents them from receiving assistance from pharmacy benefit managers who can provide them with consultations about their medications, hinders pharmacists from tracking potentially life-threatening drug interactions, and exposes them to potential risks like shipping errors, theft, and breaches to their medical privacy.

The respondents allege this change denies them meaningful access to medical care, which would be a violation of the Rehabilitation Act and the Affordable Care Act.

The outcome of this case will clarify whether, and if so the extent to which, facially neutral policies can be deemed discriminatory if they disparately impact a distinct group.

Abu Zubaydah is a former associate of Osama bin Laden who was detained in Pakistan by the CIA for being an enemy combatant and put in a detention facility in Poland. During his time there, the CIA used enhanced interrogation techniques on Zubaydah.

Poland launched a criminal investigation into the CIA’s operations there, and Zubaydah asked a U.S. federal district court to order the U.S. government to provide Poland with information pertaining to his detention. The district court was initially willing to grant discovery for these materials until the U.S. government blocked it, citing the state secrets privilege established in the United States v. Reynolds.

On appeal, the U.S. Court of Appeals for the 9th Circuit reversed and remanded the decision, arguing that the lower court could allow limited discovery because some of the materials would not threaten national security interests.

The issue before the Supreme Court is whether the 9th Circuit erred in its assessment of these materials concerning their potential to harm national security.

Of course, these are only a few of the cases the Supreme Court will consider this term.  It will also consider important death penalty cases—including one involving the Boston Marathon Bomber and another involving an inmate’s access to a spiritual advisor during the execution process, as well as a host of other important cases.

This piece was updated to clarify several sentences.