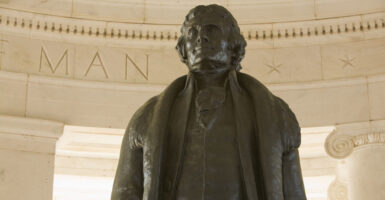 Thomas Jefferson wrote in 1789, “Whenever the people are well-informed, they can be trusted with their own government.” The clear corollary of this statement, also noted by Jefferson, is that a civilized nation cannot expect to be both “ignorant and free.” Pictured: Thomas Jefferson Memorial in Washington, D.C. (Photo: Rudy Sulgan/Getty Images) 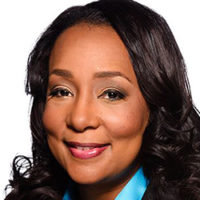 History may be seen as a series of trying and tumultuous events—tragic times of loss and sorrow.

The United States has certainly had its share of such experiences. And each time our people have responded with resolve and resilience.

Nothing reflects that resilience more than our Constitution, signed by 39 of the Framers on Sept. 17, 1787—a day now celebrated nationally as Constitution Day.

It is a remarkable document.

It set forth a series of guiding principles that organized power so that we have a workable government that would not unduly encroach on our liberties but would, instead, preserve freedom and order for generations to come.

To that end, it limited the powers vested in the federal government, divided those powers among several branches, and incorporated a series of checks and balances to limit the power of each branch, and established an independent judiciary that would ensure that those boundaries were observed.

Once the Constitution was drafted, people took the time to study and debate it in town halls, public squares, and ratifying conventions in the 13 states. There was profound civic engagement as they discussed the pros and cons of the document that had been sent to them for their consideration.

That debate, while surely contentious, was also a blessing. As Thomas Jefferson wrote in 1789, “Whenever the people are well-informed, they can be trusted with their own government.” The clear corollary of this statement, also noted by Jefferson, is that a civilized nation cannot expect to be both “ignorant and free.”

If Jefferson is correct (and we believe he is), then America today is in trouble. A 2017 poll conducted by the Annenberg Public Policy Center revealed the American people know precious little about even the most essential elements of our government and the Constitution that formed it.

For example, only 37% of Americans can name any of the rights guaranteed by the First Amendment. Barely a quarter (26%) can name all three branches of the federal government.

In modern America, more people know more about the Kardashians than they do about those who govern them or would seek to govern them. Imagine going to the polls with only the faintest of ideas about the powers exercised by those we are voting for and the control they have over our lives.

Ignorance and complacency foster a feeling of powerlessness. Over time, this can lead to acquiescence to an expanded role for government—and an undue reliance upon government—at the expense of our freedom and individual liberties.

Widespread ignorance of how the Constitution helped establish “a more perfect Union” designed to “secure the Blessings of Liberty to ourselves and our Posterity” is a dangerous development which must be corrected. Samuel Adams once wrote that our nation would be free and prosperous “[i]f virtue and knowledge are diffused among the people.”

We live in a time when activists are encouraging people to overhaul or outright ignore the Constitution and to dramatically expand government power at the expense of individual freedom and a thriving civil society. “The Essential Constitution” is a needed reminder of the principles underlying the Constitution and why it remains the solid foundation of ordered liberty.

In 1810, James Madison stated, “A well-informed people alone can be permanently a free people.” We hope you will join us in celebrating Constitution Day by taking the time to learn a little more about the document that, while imperfect, has served “We the People of the United States” well for nearly 250 years.

This piece has been updated to correct the year that the Constitution was signed.