Left Doesn’t Just Want to Censor You on Social Media. It Also Wants to Close Your Bank Accounts. 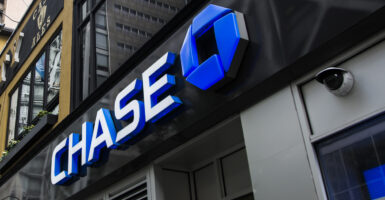 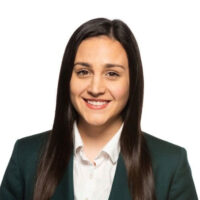 When White House press secretary Jen Psaki said that people who spread “misinformation” “shouldn’t be banned from one platform and not others,” she revealed the left’s chilling plan for censoring content that goes against the left’s narrative.

It is becoming increasingly clear that political leaders on the left and Big Tech are joining arms to not just deplatform dissident voices from social media, but to bar them from the digital space entirely, including from having the ability to make and receive payments online.

In the latest example, Chase Bank reportedly planned to close the credit card account of former national security adviser Michael Flynn on Sept. 18, stating that “continuing the relationship creates possible reputational risk to our company.” While as of Aug. 31, a Chase spokesperson said that they had “made an error and apologized for any inconvenience caused,” the initial gesture can’t be ignored.

PayPal has admitted to closing accounts flagged by the Southern Poverty Law Center in 2019, now, PayPal has announced a partnership with the left-leaning Anti-Defamation League to focus on “further uncovering and disrupting the financial pipelines that support extremist and hate movements.”

In their joint statement, neither PayPal nor the Anti-Defamation League explicitly define what they mean by extremist and hate movements, but it would be naïve to think that mainstream conservatives will escape the crosshairs of this new partnership.

Following the Jan. 6 Capitol riot, Stripe stopped payment processing services for the Trump campaign’s website and online fundraising efforts, as well as for individuals who had been present at the protest-turned-riot.

Conservative organizations and individuals have been censored by these digital payment and financial service companies not because of what they say on these platforms, but because of who they are. These woke institutions are replacing financial credit with social credit.

In a tweet from July, author and business owner J.D. Vance states, “The next stage of deplatforming will be denying people access to the financial system. Second Amendment will mean little if Visa won’t let you buy ammunition.”

Vance is making an important point: If a person has the “wrong viewpoint,” the left will be coming for “your speech, your wallet, your ability to be a citizen in a digital environment.”

It hasn’t only been conservatives that have been censored, shadow banned, and suspended from online platforms. Certain content by any user that opposes or questions the left has been stifled, regardless of political or ideological view. Facebook and Twitter have especially taken part in this cancel culture behavior, most notably by kicking off former President Donald Trump.

The direction in which these tech companies are headed necessitates alternative digital payment services that will not deplatform users for their political views. Fortunately, conservative commentator Dan Bongino has stepped up to address this issue in the digital payment space.

Bongino recently announced the creation of AlignPay, a new platform that pledges to process the digital payments of organizations, regardless of their political beliefs. The launch of AlignPay highlights an important point: One of the most effective ways for conservatives to counter censorship is to develop, support, and promote alternative platforms, thereby providing users with greater choice.

Bongino openly admits that the creation of his newest anti-cancel culture payment process platform is in direct opposition to Stripe and PayPal after their cancelation of organizations and individuals. It is initiatives like Bongino’s that will address gaps in the technology marketplace for those who are not satisfied with their current options—choices that cancel users not only for what they say on the platform, but for what they say and believe off the platform.

AlignPay’s website states that the platform is “built for freedom,” and will be free from “cancel culture,” as it specializes in processing debit, credit, and other forms of mobile transactions. It also aims to provide its services at lower costs than competitors.

AlignPay also will prioritize user security and privacy by fully encrypting all transactions and not selling or monetizing users’ personal data. The platform’s services will be available to political campaigns, nonprofits, e-commerce sites, businesses, activist groups on both the left and right, and any organization, as long as they are not engaged in unlawful or criminal activity.

Other conservatives have also taken initiative to counter Big Tech censorship by developing alternative platforms. Locals was created by conservative commentator Dave Rubin to allow content creators to run their own subscription-based pages and communities.

RightForge was developed in part as a response to the deplatforming of Parler by Amazon Web Services, Apple, and Google to provide a range of IT services free from censorship and interference, including cloud and website hosting, website and application development, among others.

These are just a few examples of companies that have responded to tech censorship, which ultimately poses a threat to the health of our democracy. As the French statesman Alexis de Tocqueville once noted:

Tyranny in democratic republics does not proceed in the same way, however. It ignores the body and goes straight for the soul. The master no longer says: You will think as I do or die. He says: You are free not to think as I do. You may keep your life, your property, and everything else. But from this day forth you shall be as a stranger among us.

To help restore balance between tech companies, their users, and the body politic, it is crucial that innovations and free market alternatives, such as Bongino’s AlignPay, are amplified and that innovations such as this continue to be created.