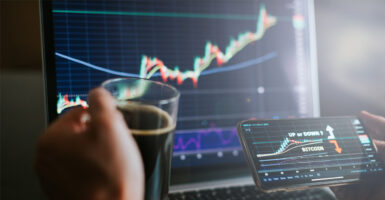 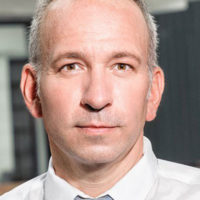 Sen. Rob Portman, R-Ohio, introduced a measure into the infrastructure bill last week intended to increase financial surveillance that could backfire and simply drive an entire industry offshore while putting the personal data of tens of millions of Americans at risk.

The measure was intended to assuage Republican concerns about the bill’s mammoth price tag, but it may ultimately raise very little, if any, money, since it merely reiterates existing reporting obligations for brokers while potentially mandating new requirements for entities that cannot possibly comply. This led Sen. Pat Toomey, R-Pa., to characterize the measure as “unworkable.”

In fact, the measure is not a new tax on cryptocurrency. Rather, it is a surveillance mandate intended to target brokers who are already required to report customer transactions.

Unfortunately, as written, the mandate could also include entire swathes of the cryptocurrency industry such as miners, who do not hold custody of money or view customer details any more than your electric company does when you buy something on Amazon.com. These firms cannot comply—it is technologically impossible.

As the Blockchain Association put it, “What Congress is considering with this measure is not a new tax on the cryptocurrency industry. Instead, it puts new reporting requirements on individual players in the industry who have no way to comply.”

The Electronic Frontier Foundation added, “The mandate to collect names, addresses, and transactions of customers means almost every company even tangentially related to cryptocurrency may suddenly be forced to surveil their users.”

The two main components to Portman’s cryptocurrency provisions are, first, requiring that all digital asset payments above $10,000 be reported to the IRS. The second component, however, is the problem. It would expand the definition of a broker to anybody “effectuating transfers of digital assets,” who would all be required to fill out a type of 1099 form with the name, address, and amount transferred.

The problem is this definition would likely include miners who, like the electric company, help maintain cryptocurrency networks but have no idea who uses it. It could include regular users who save their tokens in return for largely software-generated payments, whether via “staking” to maintain the network or by using the Lightning Network to relay purchases.

It could even include software developers, which would be like requiring the manufacturer of your pocket calculator to fill out a Form 1099 when you use the calculator to buy a mortgage. None of these entities can possibly provide such information, because they have no way of getting it. This means the current language may mandate what is literally impossible.

There is no question that cryptocurrencies should be taxed like any other assets. And their growing use, now by tens of millions of Americans, underlines the role of broker compliance. This measure, however, simply repeats existing broker mandates while adding the impossible.

The language should be removed or changed to clarify that it applies only to bona fide brokers who actually custody Americans’ money, not to an entire universe of tangentially related firms that may have no more role in payments than the electric company.

The alternative is to potentially push those tens of millions of Americans who use cryptocurrencies to either less-secure centralized systems—which puts their personal information at risk—or force those Americans to use offshore services, where those transactions would occur outside the regulatory jurisdiction, indeed outside the tax jurisdiction, of the IRS altogether.

Portman has already recognized the sloppy language, offering a floor speech to clarify that the measure is aimed at entities “acting as a broker by facilitating trades for clients and receiving cash” and not intended to capture “non-brokers, such as software developers and crypto miners.”

Alas, since at least 1991, the Supreme Court has clearly recognized that “courts must presume that a legislature says in a statute what it means and means in a statute what it says there.” So, if Portman feels the need to “clarify” his language, he should skip the speech and say it in the bill itself. That way, tens of millions of regular American cryptocurrency users don’t have to wonder whether they, or the companies they use, are breaking the law.

At this point, Toomey, along with Sens. Ron Wyden, D-Ore., and Cynthia Lummis, R-Wyo., have promised to amend the language so it clearly applies to brokers. An entire emerging industry, and millions of regular Americans who use cryptocurrency today, depends on their efforts.

This episode should raise a much larger discussion of exploding financial surveillance mandates that target Americans. Such mandates have strangled our community banks and starved small business of the capital they need to grow. It is also progressively eroding Americans’ financial privacy and subjecting them to a presumption of guilt every time they buy a car or take a vacation.

This trend must be reversed.