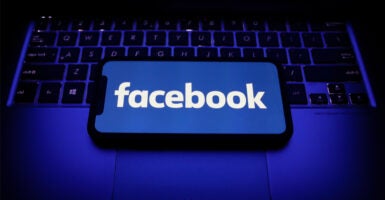 State and territorial attorneys general are appealing a federal judge’s dismissal of their antitrust complaint against Facebook.

The complaint, filed Wednesday by 48 state and territorial attorneys general and led by New York Attorney General Letitia James, was dismissed in June, along with a complaint brought by the Federal Trade Commission. The attorneys general alleged Facebook illegally maintained a social media monopoly by acquiring smaller competitors and preventing other platforms from operating with its software.

“We filed this notice of appeal because we disagree with the court’s decision and must hold Facebook accountable for stifling competition, reducing innovation, and cutting privacy protections. We can no longer allow Facebook to profit off of exploiting consumer data,” James said in a statement to The Hill news organization.

The Federal Trade Commission’s complaint against Facebook, also dismissed by Boasberg, can be refiled by Aug. 19. Boasberg had dismissed that complaint due to the FTC’s inability to demonstrate the market in which Facebook held a monopoly and the tech giant’s market share.

The two complaints against Facebook are examples of a flurry of anti-monopoly activity from states, lawmakers, and antitrust enforcers against major tech companies.

Six bills advanced by the House Judiciary Committee in June target Big Tech’s alleged monopolistic practices, preventing platforms such as Google and Facebook from preferencing their own services and forcing companies to interoperate with competitors.