We Are Doctors. Here’s the Truth About Transgender Females’ Bodies and Athleticism.

Laurel Hubbard, pictured, a male athlete who identifies as female, was selected to represent New Zealand on the women’s weightlifting team in the upcoming Olympic Games in Tokyo. (Photo: Scott Barbour/Getty Images) 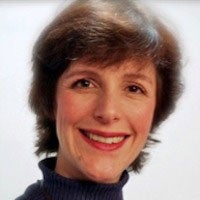 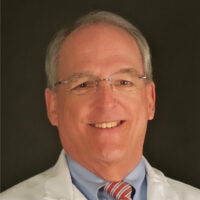 Quentin Van Meter, M.D., is a pediatric endocrinologist and president of the American College of Pediatricians.

When it was announced that Laurel Hubbard, a male athlete who identifies as female, was selected to represent New Zealand on the women’s weightlifting team in the upcoming Olympic Games in Tokyo, it was considered by some to be a victory for the transgender movement and “the power of inclusion.” Others consider it unfair to both the sport and the athletes.

Anna Vanbellinghen, a female weightlifter from Belgium who hoped to qualify in the same event as Hubbard, made it clear that she “fully supports the transgender community.” However, she correctly pointed out that steroids—which give athletes unfair advantages—can have retained benefits even years after their use.

“So why is it still a question whether two decades, from puberty to the age of 35, with the hormonal system of a man also would give an advantage [in competing against women]?” she asked in a recent interview.

The International Olympic Committee ruled in 2015 that transgender athletes “who transition from male to female are eligible to compete in the female category” so long as their testosterone level has been below a certain threshold for at least 12 months.

At least two recent peer-reviewed studies challenge this rule. One published in the journal Sports Medicine found “the muscular advantage enjoyed by transgender women [men on estrogen] is only minimally reduced when testosterone is suppressed” for 12 months. A second review article found the male strength advantage to remain even after three years of testosterone suppression.

Even if the strength advantage could be eliminated, however, to reduce the definition of female human being to having a certain level of testosterone in your body for a certain amount of time completely ignores the scientific reality that genetics—not testosterone—is at the root of all that makes the two sexes different.

When males are allowed to compete in athletic leagues designed for females, they deprive female athletes of the opportunity to safe and fair participation in sports. As Vanbellinghen said, “Life-changing opportunities are missed for some athletes—medals and Olympic qualifications—and we are powerless.”

She is not alone. Female sports at all levels have been infiltrated by the transgender ideology. Here are just a few examples of how females have been harmed when forced to compete against males:

The simple truth is that males outperform females in regard to speed and strength due to inborn genetics and sex hormones. This has consistently been proven by long-term research on elite athletes when matched for training.

After puberty, male circulating testosterone concentrations are 15 times greater than those of females at any age. The result is a clear male advantage in regard to muscle mass, strength and circulating hemoglobin levels even after adjusting for sex differences in height and weight.

Athletic differences are also due to genetics. Studies have identified more than 3,000 genes that are differentially expressed in male and female skeletal muscle. Obvious bone differences due to a combination of genetics and hormones even exist at birth; the average male is heavier and taller than the average female and this advantage continues, when controlled for stage of puberty, throughout life.

Genetics is why a male who self-identifies as female remains male, and giving estrogen to a male does not transform him into a female.

While it is true that a male using estrogen will lose muscle strength and impair other aspects of his physiology, he does not alter his genetics; he remains male at the cellular level in all body systems.

Similarly, a female who self-identifies as male remains female, and giving her testosterone does not transform her into a male. In terms of genetics, she remains female at the cellular level.

These inherent sex-based differences also mean that females are at higher risk of athletic injuries. For instance, stress fractures involving the long bones of the legs in runners are more frequent in females. Male athletes are far less susceptible due to their larger and denser bones.

Taken together, these discrepancies render females, on average, unable to compete effectively against males in power-based or endurance-based sports.

Science and common sense agree. When males are allowed to compete in athletic leagues designed for females, they deprive girls and women of the opportunity to safe and fair participation in sports.