Critical Race Theory Is Cultural Marxism, Has No Place in Classroom 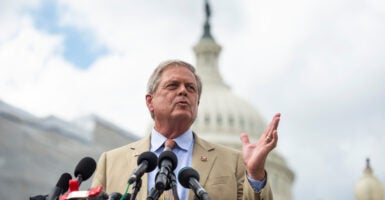 Rep. Ralph Norman, R-S.C.—seen here June 18, 2019, speaking at a press conference on illegal immigration—says he has written to the administrators of three universities in his state warning them against propagating critical race theory. (Photo: Caroline Brehman/CQ-Roll Call/Getty Images) 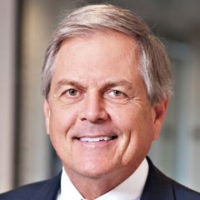 Critical race theory is a twisted and vile concept.

It’s the belief that our nation’s somber history of slavery can only be redeemed by erasing every institution and person that took any part in the nation’s founding.

Just as Marxism before it, critical race theory eliminates our individuality and instead divides us into groups of the “oppressor” and the “oppressed.”

Where Marxism divided people according to economic status, critical race theory divides people based on the color of their skin—just like the very racists that its proponents claim to oppose.

And, just as with Marxism before it, the goals of critical race theory will only be achieved by means of a full-scale revolution to rewrite any trace of American history.

Those alarming teachings have spread into almost every corner of American society—our culture, our military, and our government, but most urgently, our classrooms.

I’m adamantly opposed to any attempt to infuse critical race theory into our communities.

Recently, I wrote letters to each of South Carolina’s three most prominent academic institutions—Clemson University, the University of South Carolina, and Winthrop University. I expressed my sincerest concerns about critical race theory being taught on their campuses.

Those teachings have no place in our society, let alone in our curriculums. The Center for Renewing America says it best: “The ramifications of an unchecked cultural Marxism and state-sanctioned racism will be nothing less than the abolition of the American idea, with Americans divided and bitterly turned against one another based on the false gospel of ‘social justice.’”

I won’t stop at sending letters to these universities, because divisive teaching like this cannot go unchecked. It’s imperative that the donors, the parents, and the boards of trustees know exactly what’s happening on the campuses of these institutions.

Black or white, red or blue, we are all created equal under God. We should spend our energies celebrating what unites us rather than exaggerate what divides us.

Our classrooms should paint an accurate picture of our past, but never under the premise that one race is inherently better than—or inferior to—another.

Critical race theory is a dangerous way of looking at our complex history and our path forward. It needs to face strong and bold opposition everywhere it rears its ugly head. It’s time for educational institutions to be held accountable for what they teach.