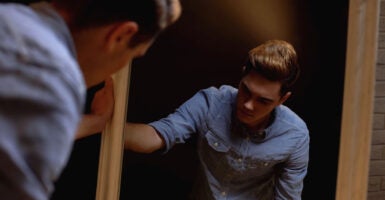 It’s becoming increasingly common to hear from detransitioners, transgender people who took cross-sex hormones or puberty blockers—or even had surgery—but changed their mind and began living as their biological sex again. Their stories are essential for society to hear. (Photo: Motortion/Getty Images)

It’s becoming increasingly common to hear from detransitioners, transgender people who took cross-sex hormones or puberty blockers—or even had surgery—but changed their mind and began living as their biological sex again. Their stories are essential for society to hear, so people know there is another path for those struggling with gender dysphoria.

Most of all, parents struggling to know what to do with a child feeling gender dysphoria need to hear these stories to know they are not alone. One such story from the small Wisconsin town of Wales is alarming, to say the least.

In a May 18 letter to the school board president and superintendent of the Kettle Moraine School District, the Wisconsin Institute for Law and Liberty and Alliance Defending Freedom—representing two heartbroken parents—explained how the school violated the rights of the parents.

According to the letter, “The District has a policy allowing minor students to change their gender identity at school without parental consent, and even over their parents’ objection. This policy violates parents’ constitutional rights to raise their children.”

After the couple’s 12-year-old daughter began “to experience rapid onset gender dysphoria, along with significant anxiety and depression,” her parents withdrew her from the school and placed her in a mental health center, which only continued to affirm the daughter’s increasing desire to be transgender.

“In early January, she expressed to her parents and school staff that she wanted to adopt a male name and pronouns when she returned to school,” the letter states.

Here is the key portion of the letter, which any parent in this difficult scenario should read with interest:

The [redacted] however, decided that immediately transitioning would not be in their daughter’s best interest, based on their knowledge of her and extensive research into this issue. They wanted their daughter to take time to explore the cause of her feelings before allowing such a significant change to her identity. They communicated this to her and to her school and requested that staff refer to their daughter using her legal name and female pronouns when she returned to school.

But the District refused to honor their request. The [redacted] were told that, pursuant to District policy, school staff would be required to address their daughter using a male name and pronouns if that’s what she wanted.

Concerned that daily affirmation of a male identity could harm their daughter, the [redacted] had no choice but to withdraw her from the District, and they began searching for a private school that would respect their role as parents.

Later, the demand letter states the parents’ concerns were validated. Just a few weeks after the parents withdrew their daughter from school, “she expressed to her mother that ‘affirmative care really messed me up.’” The daughter has now “reverted to identifying by her birth name and female pronouns and enrolled in a different school district.”

It’s imperative that parents read and understand stories like this. Not only did the school’s policy violate the parents’ constitutional rights, but perhaps more importantly, the parents did the right thing in their care for their daughter. The school attempted to subvert their authority and pushed the idea of a transition down their daughter’s proverbial throat, even though they eventually were proven to be hasty and wrong.

The danger of hearing only one perspective on these issues—the predominant view that children with gender dysphoria should transition—is that parents may assume that is the only way to handle dysphoria. This is not the case, and there are hundreds of stories of people who regret their transitions that demonstrate this.

In a surprising display of counter-cultural authenticity, “60 Minutes” recently featured a segment on transgender health care. It included interviews with several detransitioners. In a May 23 episode, called “Health Care Challenges for Transgender Youth,” “60 Minutes” correspondent Lesley Stahl spoke to physicians, multiple people who regretted their transitions, and of course, LGBTQ advocates of hormonal and medical transitions.

Stahl interviewed a woman named Grace Lidinsky-Smith, a biological female who struggled with gender dysphoria. She received testosterone hormone injections, had a double mastectomy, and then regretted those treatments and detransitioned all within approximately a year.

Stahl also interviewed a male who gave only his first name, Garrett. After just three months of taking cross-sex hormones, Garrett chose to be castrated as part of his transition process. He also expressed profound regret at both his transition and its rapid speed.

It was surprising and refreshing to see such an honest portrayal of people who have been duped into following the transgender equivalent of the proverbial yellow brick road only to be disappointed to find their “Wizard of Oz” looks like gender dysphoria that continued to gnaw at them. After everything they’d done, hormone treatments and drastic surgeries provided no cure.

As in the cases of the Wisconsin girl and many other quieter detransitioners, conservatives have long magnified the stories as proof that cross-sex hormones and surgery may not cure gender dysphoria. This offers hope both for minors, adults, and parents.

This is not out of a desire to play “political football,” as one transgender advocate suggested on “60 Minutes Overtime,” but out of concern for the exact health care issues transgender people face and that this story highlighted.

Parents should take heart when they are faced with a dilemma such as watching their child struggle with gender dysphoria. It is well within their rights to embrace a more conservative position, a “wait and see” approach that includes a delay in surgeries and cross-sex hormones, opting instead for therapy and time.

Concerned parents only need observe stories like the Wisconsin girl or the “60 Minutes” interviews to understand there is another perspective that goes against the mainstream view that advocates immediate cross-sex hormones and drastic surgery.

These should provide hope and support to frustrated families looking for another perspective.