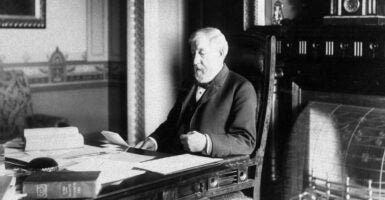 So-called Blaine Amendments in the constitutions of 36 states, including South Carolina, are named after Sen. James G. Blaine of Maine, the Republican nominee for president in 1884, seen here in an undated photo. The amendments prohibit the distribution of any government funds to “sectarian” schools. (Photo: Corbis/Getty Images) 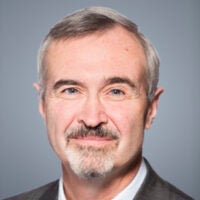 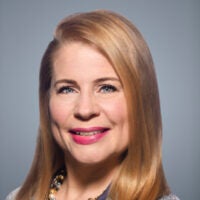 With American education turned upside down during the pandemic, the South Carolina Supreme Court barred Gov. Henry McMaster from distributing any of the funds that the state had received under the federal Coronavirus Aid, Relief, and Economic Security Act to private and religious schools.

But private and religious schools and colleges in the state aren’t taking “no” for an answer and have filed an action in federal court challenging the state court’s ruling.

The South Carolina court cited the so-called baby Blaine Amendment to the state’s constitution, which prohibits the state from directing government funds to religious and private schools.

South Carolina received more than $48 million under the CARES Act to distribute to educational institutions and related businesses that were affected by the pandemic.

To distribute those funds, McMaster created a grant program called Safe Access to Flexible Education, and eligible families could apply for needs-based grants of up to $6,500 per student to help offset tuition costs.

The governor expressed his desire to include private and religious schools in the program, but the state Supreme Court said “no”—not once, but twice.

They are challenging the ruling, contending that the amendment violates the equal protection and free exercise clauses of the U.S. Constitution. They also are seeking to enjoin the state from denying SAFE funds to private and religious schools based on the state’s Blaine Amendment.

Under the law, McMaster had to announce how the funds were to be allocated by Tuesday, so time was of the essence. Unfortunately, on Monday, federal District Court Judge Bruce Hendricks, an Obama appointee, denied the plaintiffs’ request for injunctive relief, and said that she would issue an order shortly explaining her decision.

While that’s certainly disappointing, the lawsuit is ongoing.

The Palmetto State adopted a Blaine Amendment as part of its constitution in 1895. Specifically, Article XI, Section 4 of the South Carolina Constitution states: “No money shall be paid from public funds nor shall the credit of the State or any of its political subdivisions be used for the direct benefit of any religious or other private educational institution.”

The state’s Blaine Amendment bans distribution of public funds not only to religious schools, but also to private schools, many of whom benefit minority populations.

The amendment is named after a former speaker of the U.S. House of Representatives, James G. Blaine, R-Maine. Blaine—who later served in the Senate and as secretary of state and who narrowly lost the 1884 presidential election to Grover Cleveland—proposed an amendment to the U.S. Constitution in 1875 that would have prohibited the distribution of any government funds to “sectarian” schools.

As Supreme Court Justice Clarence Thomas wrote in Mitchell v. Helms (2000): “Consideration of the amendment arose at a time of pervasive hostility to the Catholic Church and to Catholics in general, and it was an open secret that ‘sectarian’ was code for ‘Catholic.’”

Although the proposed amendment passed overwhelmingly in the House, it narrowly failed to garner the necessary two-thirds vote in the Senate to send it to the states for ratification.

Following that failed effort, however, 38 states adopted similar provisions into their own constitutions. Thirty-six states, including South Carolina, still have them.

The bigoted origins of the South Carolina Blaine Amendment are undeniable. The author of the provision was then-South Carolina Gov. and later U.S. Sen. “Pitchfork” Ben Tillman, a self-proclaimed white supremacist and member of a post-Civil War militia responsible for the lynching of blacks in the South.

The South Carolina plaintiffs argue that the Blaine Amendment should be removed from the state’s constitution, because the law itself was “born in bigotry and prejudice based on race and religion.”

It was, they say, a “reflect[ion of] the ugly marriage of two prejudices: religious bigotry against immigrant Catholics then coming to America’s shores, and racial prejudice against newly freed slaves whose lives, living conditions, and educational opportunities were being improved by religious missionary organizations.”

In their complaint, the plaintiffs cite the U.S. Supreme Court’s decision in Ramos v. Louisiana (2020), in which the court held that the equal protection clause of the 14th Amendment prohibits laws that are facially neutral, but were motivated by bigotry against and targeted toward a suspect class (which race and religion both are).

While The Associated Press’ headline on the Bishop of Charleston v. Adams case implies that the South Carolina Supreme Court’s decision was appropriate, the case will test the limits of last summer’s Supreme Court decision in Espinoza v. Montana Department of Revenue, in which the high court held that application of Montana’s Blaine Amendment to tax credits for religious schools violated the free exercise clause of the U.S. Constitution.

While stopping short of declaring that Montana’s Blaine Amendment was unconstitutional, the court in Espinoza found the amendment unconstitutional as applied to the state’s prohibition on the use of scholarships—established with state tax credits—to assist students in attending religious schools.

Writing for the 5-4 majority, Chief Justice John Roberts noted that neutral government benefits otherwise generally available to the public cannot be denied to religious institutions simply because of their religious nature.

Citing the 2017 precedent in Trinity Lutheran v. Comer (a case involving a government grant to resurface playgrounds, in which the court reviewed Missouri’s own no-aid provision and held that the exclusion of churches or religious organizations from an otherwise neutral and secular aid program violated the First Amendment), Roberts said that “disqualifying otherwise eligible recipients from a public benefit ‘solely because of their religious character’ imposes a ‘penalty on the free exercise of religion that triggers the most exacting scrutiny.’”

In an effort to satisfy the “strict scrutiny” analysis required in free exercise cases, Montana argued that it had a compelling governmental interest in separating church and state “more fiercely” than the U.S. Constitution and the establishment clause. The majority was unpersuaded, stating, “A State’s interest ‘in achieving greater separation of church and State than is already ensured under the Establishment Clause … is limited by the Free Exercise Clause.’”

One distinct feature that may prove significant is that Montana’s Blaine Amendment distinguished between private schools and religious schools, permitting state funds to be distributed to the former, but not the latter. South Carolina’s amendment prohibits the distribution of state funds to both.

Despite the judge’s refusal this week to grant injunctive relief to the plaintiffs, we remain cautiously optimistic that even if the plaintiffs fail in their efforts at the trial court level, the 4th U.S. Circuit Court of Appeals or the U.S. Supreme Court might be more favorably disposed to relegate the state’s Blaine Amendment—born of religious and racial hatred—to the dustbin of history, where it belongs.