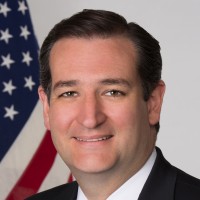 Editor’s note: At a Senate Rules Committee meeting Tuesday when senators met to consider amendments to the For the People Act, legislation that would affect election laws across the nation, Sen. Ted Cruz spoke about the bill, saying it would suppress “millions of votes … by allowing millions of people to vote illegally.” Read the lightly edited transcript of the Texas Republican’s remarks below, or watch the video above.

I listened to the speeches this morning. I listened to Sen. [Chuck] Schumer’s speech where he recounted this country’s shameful history of Jim Crow laws. And he’s right. Jim Crow laws were bigoted, racist, and disenfranchised millions of people.

Ballot harvesting—31 states prohibit ballot harvesting. Why? Because it is a corrupt practice where paid operatives handle the ballots of someone else. And it has repeatedly led to instances of stealing votes. What does this bill do? It strikes down all 31 states’ restrictions on ballot harvesting.

By the way, if this bill were to pass and miraculously Democrats were to lose power—and this is designed to make it impossible for Democrats to lose power—I ask you for a moment, which Democrat on this committee would want a Federal Election Commission controlled by Sen. [Mitch] McConnell … the Federal Election Commission shouldn’t be a partisan weapon designed to win elections.

This legislation is profoundly dangerous and the reason it suppresses millions of votes is by allowing millions of people to vote illegally. That is the intended effect and that would be the actual effect of this bill. It dilutes the legal votes of American citizens.

And let me point out something. It’s just a few years ago that Republicans had control of the White House, the Senate, and the House. We didn’t do this. We didn’t try to change the election rules so that Democrats could never be elected. We didn’t engage in the corruption to say, “We’re going to rig the game. So if the voters decide to throw the bums out, the voters don’t get the right to do that because we’re going to put our thumb on the scale so that only our party wins.” To my knowledge, not a single Republican suggested doing that.

[In] the course of this markup, I expect that we’re going to consider a number of amendments. I’ve introduced 46 amendments focused on substantive elements of this bill. We’re going to discuss each aspect of this bill and how they disenfranchise the American voters.

But sadly, I expect to see a lot of play acting. All Democrats voting against those amendments, all Republicans voting for them. Because this bill isn’t designed to be bipartisan.

Why? Because it’s not about protecting anyone’s rights. It’s about ensuring one party’s dominance at the expense of the voting rights of the American people. And by the way, the history of the 13th, 14th, and 15th Amendment[s]—landmark victories for voting rights in this country—it was the Republican Party that led the fight to pass those amendments.

We should be protecting everyone’s right. And facilitating fraud and registering people to vote illegally undermines the integrity of democracy and as Sen. Schumer observed, the eyes of history are on all of us.