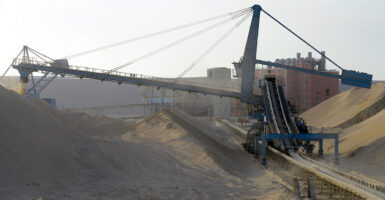 A new duty imposed on phosphate fertilizer imported from Morocco and Russia will hurt American farmers along with a host of individuals and businesses throughout the food supply chain. Pictured: Untreated phosphate is moved by a conveyor belt in a factory near Laayoune, the capital of Moroccan-controlled Western Sahara. (Photo: Fadel Senna/AFP/Getty Images) 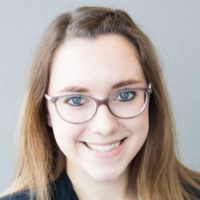 If the existing trade disputes with China were not bad enough for American farmers, now another trade action could hurt them. It will also likely hurt individuals and businesses throughout the food supply chain.

As a result of recent U.S. Department of Commerce and U.S. International Trade Commission findings, countervailing duties—taxes on imports that have been subsidized by the governments of the origin countries—will be imposed on Moroccan and Russian phosphate fertilizer imports.

These duties act in the same way as tariffs (taxes on imports) and are collected by U.S. Customs and Border Protection from American businesses importing the subjected goods.

The Department of Commerce and the International Trade Commission made their determinations after a single company, The Mosaic Co., filed petitions that claimed it was hurt by these imports.

However, the harm imposed on Mosaic is questionable. Among many other factors, the company dominates phosphate fertilizer production in the United States and the domestic supply of this critical agricultural input is often unable to meet U.S. demand.

So, what will these duties mean?

First, it’s important to understand that foreign governments do not pay these duties, people do—in this case, U.S. farmers will bear the initial cost, although the extent of this is unclear.

In February, Bob Young, former chief economist for the American Farm Bureau Federation, estimated that the additional cost for corn, soybean, and wheat farmers alone could be $1–$1.5 billion for the coming crop year.

Beyond costs, some commodity groups have argued that the duties could make it difficult for them to obtain adequate phosphate supplies and limit choices available to farmers.

It’s quite likely that the increased costs will be passed on throughout the food supply chain, ultimately increasing the prices that Americans pay for their food. As a result, these duties would be regressive, impacting low-income households the most; the lowest-income households spend a greater share of their disposable income on food (36%) compared to the highest-income households (8%).

All of this would be bad enough in “normal” times, but we are not in “normal” times. We are all living through a pandemic in which the health and economic impact is still being felt. It would only make the current bad situation worse to impose very questionable taxes on a critical agricultural input that will hinder the food supply chain.

Congress needs to correct this situation, otherwise these harmful duties will be in place for at least five years. At a minimum, legislators should review the situation and carefully consider whether Mosaic is being unfairly harmed by the phosphate fertilizer imports. They should also take into account the impact that the “fertilizer taxes” will have on farmers and American families, especially in light of the pandemic.

In doing so, legislators will almost certainly recognize that these “fertilizer taxes” are inappropriate. The only reasonable step would then be to remove the duties.

Agricultural trade is vital for farmers, ranchers, and American families. Farmers can import their inputs at competitive prices and differing qualities, and they can expand their sales by selling their excess supply abroad. Trade also provides a greater variety of food for Americans in the grocery store.

Congress and the Biden administration should move away from policies that increase government intervention that hinders agricultural trade. Americans need policymakers to increase freedom when it comes to agricultural trade. Removing these duties would be an important step in that direction.

After so much uncertainty, Americans deserve no less.