Less Is More: Restoring the Founders’ Original Vision for Our Constitutional Republic 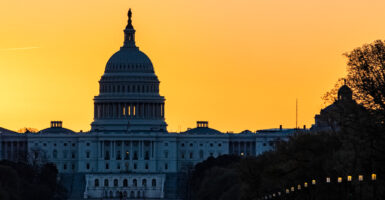 In many ways, the federal government that we have today is a far cry from the one envisioned in the Constitution. Pictured: The U.S. Capitol building as seen on March 27. (Photo: Samuel Corum/Getty Images) 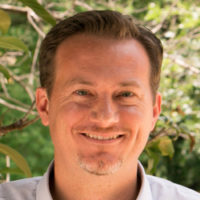 One of the main objectives of the great American experiment was to move away from a system of top-down rule by the powerful elite over the powerless. Instead, our Founders understood that power belonged to the people, and was entrusted by the people to those elected to govern.

Recognizing humanity’s fallible nature, the Framers structured our constitutional republic based on the consent of the governed with the hopes that a virtuous civic society would limit the corruption often born of power.

However, in many ways, the federal government that we have today is a far cry from the one envisioned in the Constitution. Judicial overreach and the growth of the administrative state through extraneous departments and independent agencies have overtaken the Founders’ original intent.

The result of this change is a government that relies less and less on the will of the people and more and more on decisions made by unelected and unaccountable bureaucrats.

For example, it has been over a year since the implementation of overreaching—and in some cases, unconstitutional—pandemic policies have been put into place. Many of these policies have proven relatively unsuccessful in slowing the spread of COVID-19, and have instead rapidly compromised the national economy, shuttered small businesses, threatened families, and weakened morale.

Individuals, families, and communities were not trusted to make the right decisions about their own health and how to respond to the pandemic. Instead, bureaucrats capitalized on the chance to increase power. One year later, and it is clear they have set a dangerous precedent. As Milton Friedman once said, “Nothing is so permanent as a temporary government program.”

The growth of bureaucracy and the administrative state is a bipartisan problem, and restoring the will of the people requires a bipartisan solution. One potential solution is to establish a federal “sunset commission,” a legislative proposal I introduced in the last Congress and again this Congress with Sen. Rick Scott, R-Fla.

A sunset commission would evaluate government agencies and programs and make recommendations to Congress as to whether or not those programs should continue.

My home state of Texas, along with California, Florida, and Minnesota, each have a sunset commission that evaluates most state agencies every 12 years. Since Texas’ commission began in 1978, it has been responsible for abolishing 92 agencies, saving Texans nearly a billion dollars. For every dollar spent on the commission, it provided a return of $19. That’s a pretty good return on investment.

But perhaps even more important is the commission’s role in preventing the expansion of government. If we could apply the Texas way of thinking at the federal level, we might finally be able to stem the tide of expanding government.

A smaller federal government—one that is accountable and responsive to the needs of the people of this great nation—is not only more effective, but it is also what the Founders originally intended.

It is time for Congress to clean up its act. The overreach and overspending are reckless and devastating to the future of our constitutional republic. In 1776, Thomas Paine wrote in “Common Sense,” “Society in every state is a blessing, but government even in its best state, is but a necessary evil; in its worst state, an intolerable one.”

Good government in 2021 means cutting bureaucratic red tape and increasing transparency to give the power back to the people. We owe it to our Founders, and to ourselves.