A recent audit of mail-in ballots cast in one Montana county found irregularities characteristic of larger urban centers—on a level that could have easily swung local elections in 2020 and statewide elections in cycles past. Pictured: Mail-in ballots await processing at the Los Angeles County Registrar-Recorder's mail-in ballot processing center at the Fairplex in Pomona, California, Oct. 28, 2020. (Photo: Robyn Beck/AFP/Getty Images) 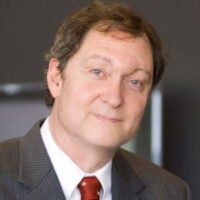 MISSOULA COUNTY, Mont.—A mountainous, 2,600-square-mile region with a population of approximately 119,600 does not seem like your prototypical setting for machine politics. Yet a recent audit of mail-in ballots cast there found irregularities characteristic of larger urban centers—on a level that could have easily swung local elections in 2020 and statewide elections in cycles past.

The Biden administration, the Democrat-controlled Congress, and the Democratic National Committee are collectively pressing to both nationalize and make permanent many of the extraordinary pandemic-driven voting measures implemented during the 2020 election—particularly mass mail-in voting.

Political leaders and prominent media outlets have dismissed concerns raised by critics that such measures invite voter fraud. But could the election in small-county Missoula call all that into question?

The story at hand begins during the pandemic summer of 2020, when the then-governor, Democrat Steve Bullock, issued a directive permitting counties to conduct the general election fully by mail. In the run-up to the election, a court also struck down Montana’s law aimed at preventing ballot harvesting.

Missoula, Montana’s second-most populous county and one of its most heavily Democratic, opted in to the universal vote-by-mail regime.

In response, in October 2020, several county residents with experience targeting election integrity issues formed a group to ensure the legitimacy of the 2020 vote. The members contended that Missoula County had shown anomalies in elections past.

In November, the group approached state Rep. Brad Tschida, a Republican, to formally take up the issue. Tschida hired a lawyer involved in the group, Quentin Rhoades, to represent him in corresponding with Missoula County Elections Administrator Bradley Seaman, a Democratic appointee and a longtime supporter of progressive causes.

Seaman’s office complied with Tschida’s request for access to all of the county’s ballot envelopes, and on Jan. 4 a team of volunteers, overseen by Rhoades, conducted an audit with the assistance of the Missoula County Elections Office.

The audit consisted of both a count and review of all ballot envelopes and comparing that to the number of officially recorded votes during the Nov. 3, 2020, general election.

Its conclusions were troubling: 4,592 out of the 72,491 mail-in ballots lacked envelopes—6.33% of all votes. Without an officially printed envelope with registration information, a voter’s signature, and a postmark indicating whether it was cast on time, election officials cannot verify that a ballot is legitimate. It is against the law to count such votes.

What’s more, according to auditors, county employees claimed that during the post-election audit, some of the envelopes may have been double-counted, possibly indicating an even higher number of missing envelopes.

Auditors also tested a smaller, random sub-sample of 15,455 mail-in envelopes for other defects. Of these, 55 lacked postmark dates and 53 never had their signatures checked—for a total of 0.7% of all ballots in the sample. No envelope had more than one irregularity.

Extrapolating from the sub-sample, that would make more than 5,000 of Missoula County’s votes—roughly 7%—with unexplained irregularities.

Still another issue arose during the audit that aroused auditors’ suspicions: Dozens of ballot envelopes bore strikingly similar, distinctive handwriting styles in the signatures, suggesting that one or several persons may have filled out and submitted multiple ballots, an act of fraud.

One auditor asserted that of 28 envelopes reviewed from the same address, a nursing home, all 28 signatures looked “exactly the same” stylistically.

Another auditor reported that among the envelopes she reviewed, two very unique signatures appeared dozens of times, describing one such signature as starting out flat, moving to a peak, and tapering out, and another as consisting of numerous circles—a “bubble signature.”

Auditors were unable to conduct a more comprehensive count because, they say, Missoula County elections officials refused to permit them to take pictures of the signatures, and envelopes were not shared across the different tabulation tables at the audit, so reviewers could not cross-compare ballot samples.

Another concern of the auditors: The county elections office did not provide access to video footage it claimed to have recorded of vote-counting activities.

Contacted by RealClearInvestigations for comment on these issues, Seaman cited an agreement by the parties to the audit that no photographs of ballot signatures would be allowed. And he said the county’s video of vote-counting “was past the retention schedule when requested,” although Rhoades’ Dec. 22 emailed request for it—an email examined by RealClearInvestigation—was within what Rhoades described as the 60-day window during which county records must be retained by law.

Finally, Seaman explained the 4,592 ballots without envelopes found in the audit as a discrepancy due to the lack of a “double-check process.”

The auditors said that during the audit, the only concern raised by the election office staff was the opposite—that envelopes might be double-counted, not undercounted—and they claim that they followed all the procedures laid out by the county.

Rhoades told RealClearInvestigations that when he asked Seaman after the audit about more ballots recorded than the envelope count, Seaman appeared extremely nervous and had no explanation.

The magnitude of defective—and potentially fraudulently cast—ballots identified during the Missoula County ballot audit is particularly troubling given the small margins by which local 2020 elections were decided and previous statewide elections have been decided.

In 2012, Bullock won his gubernatorial race by just 7,571 votes. Montana’s then-superintendent of public instruction, also a Democrat, won her race by an even smaller margin of 2,231 votes.

If Missoula County generated problem ballots on the level of those cast during 2020, it may well have swung these statewide elections.

Concerns over mass mail-in balloting are essentially a Republican issue. The party-line vote in which the Democrat-controlled U.S. House passed HR 1, a bill that would result in universal mail-in voting across America, is a testament to this fact.

The Missoula audit appeared unprecedented in auditing all ballot envelopes. Other counties, including Cobb in Georgia and Maricopa in Arizona, conducted 2020 audits drawing on relatively small ballot envelope samples.

What comes next for Missoula County, given the discrepancies identified? State authorities say they are concerned about the findings, and may well take them up in a joint hearing of the Montana Senate and House Judiciary committees. State representatives are also seeking to reinstate laws that would restrict ballot harvesting, as well as other election reforms.