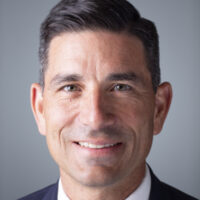 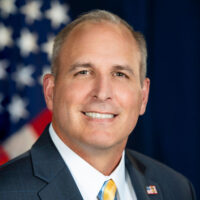 Homeland Security Secretary Alejandro Mayorkas released a factually challenged and misleading statement Tuesday about the crisis on the border.

As specialists in immigration policy at The Heritage Foundation, we’re going to correct the record here on eight of Mayorkas’ erroneous claims in a comprehensive response. (The last name after each section identifies which of us responded.)

Claim No. 1: “The expulsion of single adults does not pose an operational challenge for the Border Patrol … ”

Rating: False. One wonders whether Mayorkas ran this line by the men and women of the Border Patrol before saying it publicly, because if he had, he would’ve been embarrassed to make such a claim. Our Border Patrol agents are apprehending 4,500 to 6,000 illegal aliens per day.

Former DHS Secretary Jeh Johnson said in 2019 that under the Obama administration, 1,000 apprehensions was a crisis. We are at six times this volume today, and to suggest that dealing with this massive increase is not an operational challenge for the Border Patrol is to deny not just reality, but basic math. (Morgan)

According to DHS data, the administration expelled only 41% of family units in February, down from 76% in December under the Trump administration. Washington Post reporter Nick Miroff pointed out this fact just this week. This is important, as the smugglers and cartels will capitalize on this fact and continue to push family units across the border, knowing that a majority will remain. (Wolf)

Claim No. 3a: “We are not expelling unaccompanied children.”

Rating: False. The Biden administration is expelling unaccompanied children who are from Mexico every day. Administration officials have made a policy decision not to expel these children from the Northern Triangle countries—Guatemala, Honduras, and El Salvador—and the cartels and smugglers know this. The administration wants to have its cake and eat it, too, in desiring credit for supposedly treating unaccompanied minors more “humanely” without any criticism for detention of increasing numbers of these minors. (Morgan)

Claim No. 3b: “We are encountering 6- and 7-year-old children, for example, arriving at our border without an adult.”

Rating: Misleading. The Biden administration would have the American people believe most of the unaccompanied minors coming across the border are young children. This is false. The vast majority of unaccompanied children are between the ages of 15 and 17, with 75% over the age of 14. Many of these young people are coming to the border hoping to gain illegal entry into the U.S. for economic reasons.

Minors should be treated humanely regardless of their age, but the administration’s reliance on trying to pull the heartstrings of Americans is just more evidence it is interested in manipulation, not facts.

Claim No. 4: “Mexico does not have the capacity to receive families.”

Rating: Misleading. There are numerous misleading components to this answer. First, the surge in family units is a direct result of the Biden administration’s push for amnesty and undoing of effective Trump-era immigration policies. Mexico had been able to handle the return of family units under the Trump administration’s “Remain in Mexico” policy.

Second, Mexico is not the only country that can receive these illegal aliens, as they can be deported back to their country of origin. Third, the answer for Mexico is to help it build capacity—which both the State Department and other nongovernmental organizations can help enable. The answer is not to release illegal aliens and let them into the U.S., knowing that 90% will not qualify for asylum. (Wolf)

Claim No. 5: Reasons for the surge.

Rating: Misleading. The Department of Homeland Security  blames the Biden border crisis on violence in Northern Triangle countries, hurricanes, and the pandemic. To be clear, conditions are not so dramatically different in the Northern Triangle from years past to explain this historic surge.

Not once does the administration take responsibility for disastrous messaging and the removal of effective immigration policies without a clear plan in place. This is absurd. Monthly apprehensions nearly doubled between summer 2020 and February 2021, because the Biden campaign and then the Biden administration was sending a clear signal to the world: If you arrive soon, you will receive amnesty. (Wolf)

Claim No. 6: “The prior administration completely dismantled the asylum system.”

Claim No. 7: “The previous administration cut foreign aid funding to the Northern Triangle.”

Rating: Misleading. Under the Trump administration, we demanded results before handing over millions of dollars in foreign assistance funding. As a result, we signed over a dozen border security agreements and saw unprecedented cooperation and results from the Northern Triangle countries.

These agreements helped slow the flow of illegal migrants through Central America, especially massive caravans, to our southern border. The Trump administration also made millions in funding available to these governments. (Wolf)

Claim No. 8: “There was no appropriate planning for the pandemic at all.”

Rating: False. This statement is a slap in the face to the men and women at the Department of Homeland Security, who worked tirelessly to put plans in place to deal with the challenge of a pandemic on top of keeping our immigration system running. We implemented extensive plans—to include vaccine distribution to front-line officers when the vaccine would be made available—to ensure our front-line workers would be protected.

We worked with other federal agencies to ensure Title 42 would be available to our immigration enforcement officials. We knew that putting illegal aliens in crowded Border Patrol facilities during the COVID-19 pandemic was not the answer. Unfortunately, the Biden administration believes it is.

We provided the Biden transition team with extensive briefings on the border and the tools we had in place to address illegal border crossings. We warned the transition team about the consequences of removing these policies.