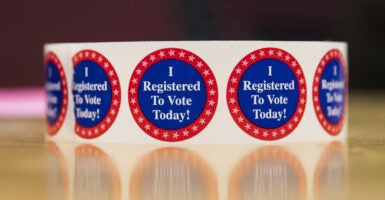 Editor’s Note: Democrats in Congress have renewed efforts in the House and Senate to make sweeping changes to America’s electoral laws.

As Jarrett Stepman wrote in 2019, when H.R. 1 was first proposed, these reforms would be a significant threat to the federalist system under the Constitution of the United States and would undermine election integrity.

H.R. 1 is even more significantly threatening in the aftermath of 2020 election, where electoral flaws made many Americans question the integrity of the system. H.R. 1 makes it likely that all future elections will have that outcome. Here is Stepman’s original article: