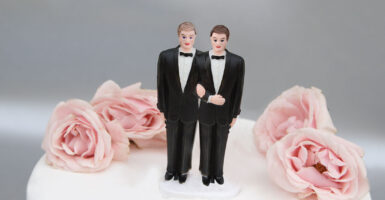 In Updegrove v. Herring, a photographer challenged the Virginia Values Act, which could force service providers to create artwork contrary to their faith. (Photo: sandoclr/Getty Images)

A federal court in Virginia last week held a hearing on a wedding photographer’s lawsuit challenging a state law that he says requires him to participate in same-sex weddings against his personal Christian beliefs.

In a public statement, Jonathan Scruggs, one of Updegrove’s lawyers with Alliance Defending Freedom who argued on his behalf, said:

Photographers, like all other Americans, should be free to peacefully live, work, and create art that’s consistent with their deeply held beliefs—without the fear of government punishment. Because of the state’s interpretation of its law, photographers like Bob face an impossible choice: Violate the law and risk bankruptcy, promote views against their faith, or close down.

Virginia has a long and important history of protecting constitutional freedoms, and this kind of government hostility toward people of faith has no place in a free society.

The case, Updegrove v. Herring, involves the Virginia Values Act, which went into effect last July 1. Essentially, the law expanded the Virginia Human Rights Act so that it prohibits discrimination on the basis of sexual orientation and gender identity in areas such as employment and housing.

The photographer’s lawyers with Alliance Defending Freedom say that under the new law, he could be “threatened with court orders forcing him to create artwork contrary to his faith, damages, attorneys’ fees, fines up to $50,000 initially and $100,000 per additional violation.”

As the owner of the studio Bob Updegrove Photography, they argue, he creates art consistent with his convictions, and he does not agree with same-sex marriage.

In his pre-enforcement lawsuit, Updegrove proactively claims that the Virginia law violates his rights to free speech and free exercise of religion because he faces penalties just for refusing to photograph a same-sex wedding.

It might be tempting for some to malign people such as Updegrove, not only for holding to his belief in traditional marriage but for suing Virginia’s attorney general over a law that punishes that belief.

But let’s first look closer at the law in Virginia, the first southern state to add sexual orientation and gender identity to existing nondiscrimination law— although it’s not clear how necessary the new law was, since Bostock v. Clayton County was decided just a month before it went into effect.

The Supreme Court’s ruling in Bostock ensured that it would be illegal—a violation of Title VII’s discrimination law—to fire an employee based on their gender identity or sexual orientation.

Here’s the problem with Virginia’s law: Few Americans would agree it’s OK to discriminate against anyone for any reason, including sexual orientation or gender identity. The problem with expanding these protections, as Bostock did, is that the law is somewhat vague and tends to err on the side of offering protections to the LGBTQ community more than those on the flip side of these issues—such as Bob Updegrove.

I’m often told that it’s silly to want men and women such as Updegrove, who espouse traditional Christian beliefs, to be protected. Those beliefs clearly are already in the protected majority and those beliefs are common and, some would say, antiquated. Critics argue that protection is needed for marginalized Americans, such as gays and lesbians who want to get married and transgender individuals who just want to keep their jobs.

That used to be true, perhaps. But the legal protections already are being used against the very majority whose beliefs were thought to be too traditional to worry about anyway.

As Heritage Foundation scholar Ryan T. Anderson predicted in a 2015 report on laws on sexual orientation and gender identity, or SOGI:

These laws tend to be vague and overly broad, lacking clear definitions of what discrimination on the basis of ‘sexual orientation’ and ‘gender identity’ mean and what conduct can and cannot be penalized. These laws would impose ruinous liability on innocent citizens for alleged ‘discrimination’ based on subjective and unverifiable identities, not on objective traits.

The Virginia Values Act challenged by Updegrove is one such example: It might mean well, but the law is worded in such a way that goes far beyond offering protections—rather it establishes entitlement for affected citizens.

Now, under the law, simply refusing to honor a gay marriage can be an act of discrimination and punitive measures could follow. But what about Updegrove’s own sincerely held beliefs? Those don’t matter.

Laws on sexual orientation and gender identity, in an effort to ensure equality across the board and make sure no gay or transgender person is left behind, are beginning to show their true colors. Such laws are penalizing those who fail to adapt to a certain worldview or change their beliefs to align with others.

Now, it’s not enough to have a gay man and a Christian pastor in the same church. The pastor must perform the gay man’s wedding or he’s a bigot. It’s not enough to hire a woman to be a professor of gender studies at a private college. If she decides halfway through her tenure to be a man and be called “sir,” doing anything but that is discriminatory.

So far, Updegrove hasn’t been faced with deciding whether to turn down an opportunity to photograph a gay couple’s wedding—as Christian baker Jack Phillips did in declining to make a custom cake for a gay couple in Masterpiece Cakeshop v. Colorado Civil Rights Commission. But Updegrove shouldn’t have to worry that if he did so, he’d lose his business or be forced to pay a hefty fine.

In the United States, citizens of a certain sexual orientation or gender identity must be able to live peacefully with those who espouse traditional Christian beliefs without one labeling the other a bigot.

Unfortunately, the Virginia Values Act elevates protections to another level, criminalizing anyone who dares to hold different beliefs and practices. An America that calls traditional religious beliefs bigotry and Christian practices discrimination is an America that seeks a grievance in every wedding chapel and with every Christian employer.

Laws such as the Virginia Values Act don’t help.