‘Blueprint for Positive Change’ Exposes the Left’s Plans for Conservatives 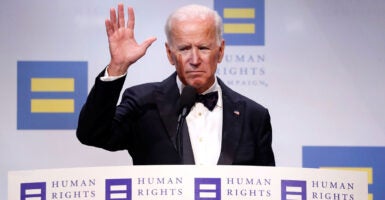 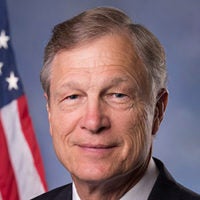 Until the electoral votes are certified by Congress on Jan. 6, our country will not officially select the next president. Nevertheless, liberal voices across America have already claimed victory in the presidential race and have begun laying the framework for a Biden administration.

It should come as no surprise that these plans are broad in scope and radical in intent. Look no further than the Human Rights Campaign’s “Blueprint for Positive Change”—a list of recommendations to a Biden administration—to see the left expose its desire to force conservatives across the country to conform to its vision for our nation.

Some of the most shocking and disturbing demands found in this blueprint concern our schools and academia, long seen as the most promising pathway for the left to push its agenda and indoctrinate American youth as disciples of progressivism.

One of the 85 egregious requests, woefully underreported in the media thus far, is to strip accreditation from religious colleges and universities that do not meet “non-discrimination policies and science-based curricula standards.”

Here, couched in language designed to suggest moral superiority and scientific legitimacy, is a blatant, full-frontal assault on our religious liberties.

The Human Rights Campaign is not simply suggesting that Christian institutions comply with the left’s view of “non-discrimination,” but rather it is forcing institutions to either abandon the tenants of their religious beliefs or face severe consequences. Haven’t we seen this play out in history before, such as the Soviet Revolution and Mao’s Cultural Revolution?

As we’ve already seen from his statements on the campaign trail and his inconsistent ideologies as a career politician, former Vice President Joe Biden is more than willing to cave under pressure from the most radical wings of his party, especially when it comes to the LGBT community.

How quickly they’ve preyed on Biden’s weaknesses—exploiting his malleability and willingness to kowtow to gay activist groups, so-called social justice warriors, opponents of law and order, and other moral revolutionaries.

Should Biden find himself in the White House come January, he will not resist this degradation of American ideals; instead, he will work to make us less free, more secular, and more like his own fanatical base under the guise of “progress.”

If the Human Rights Campaign is successful, Christian schools will cease to exist and religious institutions will be bullied to bow down to the LGBT orthodoxy.

Our right to religious liberty is about more than just the freedom to worship, it’s about the assurance that we cannot be forced to go against our core values and principles.

The hypocritical left’s bombardment on our beliefs started long before the “Blueprint for Positive Change.” Now more than ever, defenders of religious freedom must hold the line.