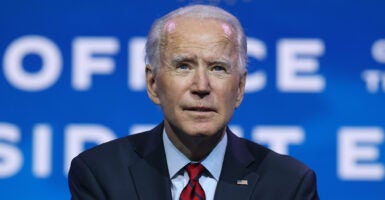 There is as yet no known, easily accessible cure for COVID-19.

Over the past year, lots of old and new drugs and supplements—Ivermectin, azithromycin, Remdesivir, hydroxychloroquine, vitamin D, vitamin C, zinc, aspirin, Pepcid, and others—have shown at least some anecdotal value in ameliorating the effects of early-stage COVID-19. Clinical physicians treating patients in hospitals often disagree with the research scientists conducting trials on the efficacy of all these treatments.

Yet only hydroxychloroquine has prompted furious partisan debate over its possible usefulness. Why?

Probably because President Donald Trump endorsed its usage months ago. Almost immediately, the media, the university and government medical community, and the progressive political opposition declared hydroxychloroquine useless and dangerous.

A recent media study from the National Bureau of Economic Research found that positive news stories about the research and development of COVID-19 vaccines barely outnumbered negative stories about Trump and hydroxychloroquine.

Trump’s presidential endorsement was apparent proof of rank quackery. Yet a few recent second-look studies, especially abroad, suggest that hydroxychloroquine, a dirt-cheap, time-tested anti-malarial drug, can in fact offer help in treating some cases of COVID-19.

This Hydroxy Effect—hysterical disavowal of anything Trump has endorsed—is dangerous to the country at large.

Trump was reviled for his early condemnation of China’s role in the COVID-19 pandemic. He railed against the “China virus”—a traditional eponymous branding of a virus by its place of origin, and in this case one used by other media before Trump’s adoption of the sobriquet.

Trump alleged that Chinese officials knew for months about SARS-CoV-2, the virus that causes COVID-19, before letting on about the dangers the disease posed to the world at large.

No matter. Anything Trump said had to be resisted. The Trump travel ban, the Trump accusations of China’s corruption of the World Health Organization, and other Trump criticisms of China were all ridiculed as proof of his racism or intellectual puerility.

Now, after the 2020 election and the apparent victory of former Vice President Joe Biden, we learn from the media that in fact the virus had spread much earlier than China had admitted. The utility of travel bans is now a part of scientific consensus. And the leadership of the WHO remains under criticism.

Before 2016, the consensus on China was that it was destined to take over the world. This was the establishment’s de facto defense of profiting-making by outsourcing to China.

The conventional wisdom ignored Chinese violations of commercial trade norms and theft of technology and intellectual property. It largely dismissed the complaints of human rights activists who were appalled by China’s reeducation camps, its suppression of political and religious freedom, and its extermination of Islamic and Tibetan culture.

Now, pushback against Chinese imperialism, authoritarianism, and global bullying is a bipartisan consensus—as long as Trump is not cited as the voice-in-the-wilderness stimulus for such a reset.

This Pavlovian Hydroxy Effect poses a challenge to Biden.

Logic dictates that Biden would not scrap the framework of an effective containment policy of expansionist China. Pacific nations such as Australia, Japan, South Korea, and Taiwan appreciated Trump’s efforts to corral China. America’s empty “Asian Pivot” of the past has become real in leading resistance to Chinese bullying.

So Biden has two choices.

One, he can appropriate many of the Trump successes. He can rebrand them as his own and quibble over particulars.

Do that, and Biden would likely see a huge post-COVID-19 economic recovery, a stable Middle East, a world united against China’s commercial abuses and human rights travesties, beefed-up U.S. defenses, and a refreshed NATO.

Or two, Biden can suffer the Hydroxy Effect. Anything Trump was for, Biden and the left will be automatically against.

That would mean a decision to allow unchecked immigration. Freeze construction of, or even tear down, the border wall. Lift tariffs on China. Let NATO members pay as little as they like. Ban or cut back on fracking. Rejoin the Iran nuclear deal. Rejoin the Paris Climate Agreement. Polarize Israel and its new Arab allies. Fast-track the Green New Deal. Raise taxes sky-high. Let the Rust Belt rust. Allow Big Tech to do as it pleases.

Adopting the Hydroxy Effect and junking anything with a Trump fingerprint on it will please the hard-left Biden base. Rejecting it will benefit the country.

Of the two choices, I’d bet on Biden giving in to the Hydroxy Effect.