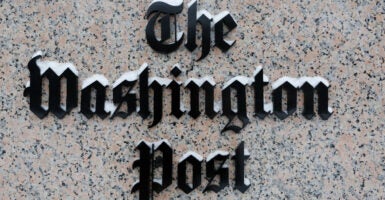 The Washington Post editorial board came out Sunday in support of abolishing the Electoral College.

“The Electoral College, whatever virtues it may have had for the Founding Fathers, is no longer tenable for American democracy,” the Post’s editorial board wrote.

Despite these large margins, the Post’s editorial board noted, Trump would be preparing for a second term had around 90,000 votes swung his way in the three key states of Arizona, Georgia, and Pennsylvania.

“Americans are not going to be satisfied with leaders who have been rejected by a majority of voters, and they’re right not to be,” the Post’s editorial board wrote. “It’s time to let the majority rule.”

“Mr. Trump became president in 2016 despite earning 3 million fewer votes than Democratic nominee Hillary Clinton,” the editorial board wrote. “Now, he has come close to winning reelection despite losing the popular vote by a far greater margin.”

“We believe Mr. Trump’s election was a sad event for the nation; his reelection would have been a calamity,” the board continued. “But we would be making this argument no matter which party seemed likely to benefit.”

The Post’s editorial board acknowledged that abolishing the Electoral College could have unintended consequences, such as leading presidential candidates to ignore voters in smaller states. The board also said a constitutional amendment that would be required to abolish the Electoral College “isn’t about to happen.”

A movement to sidestep the Electoral College has gained steam in recent years.

Fifteen states and the District of Columbia, together representing 196 Electoral College votes, have signed onto the National Popular Vote Interstate Compact, agreeing to give all their presidential electors to the candidate who wins the most popular votes nationwide.

The compact would go into effect if states representing an additional 74 electoral votes sign onto the compact, bringing their combined representation to 270 electoral votes—the number needed for a candidate to win the White House.