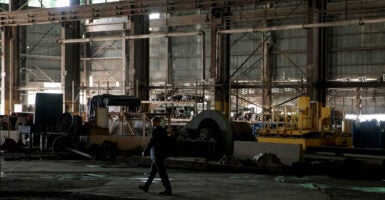 Commerce Secretary Wilbur Ross transmitted a report to President Donald Trump on Oct. 22 that examines the effect that imports of specialized electrical steel have had on U.S. national security.

The report is the result of a request made in May by members of Congress and AK Steel, an American steelmaking company, to investigate whether the effect of these imports threaten national security. If so, the president would have authority to adjust steel imports via tariffs or other means under Section 232 of the Trade Expansion Act of 1962.

More than 85% of grain-oriented electrical steel is imported from Canada and Mexico. Today, the Office of the United States Trade Representative announced that Mexico would not be subject to Section 232 tariffs and would instead institute an export monitoring system for specialized electrical steel products.

While imports from Mexico seem to be safe for now from tariffs, we do not know if the Commerce Department’s report determined that these imports threatened U.S. national security or the fate of electrical steel imports from any other countries. The Trump administration has also used monitoring systems like this in the past to impose tariffs later; Canada just experienced this firsthand.

Existing national security tariffs on steel imports—including on some primary electrical steel—have not benefitted American families or the U.S. economy. After tariffs of 25% were imposed in March 2018, it is estimated that a few thousand steel jobs were created in the short term, but without tariffs they are not sustainable.

American families and businesses have paid $7.5 billion in extra steel tariffs since 2018, a cost that continues to grow each day.

At the same time, American businesses that use steel to produce other goods saw the price of imported steel and domestically produced steel go up. The price of domestic steel increased because the tariffs increased the cost of importing steel, so more importers looked to buy domestic.

However, the industry could not meet the drastic increase in demand, and so the prices skyrocketed.

The steel tariffs increased domestic steel prices by nearly 40% in the months immediately following the imposition of tariffs. Today, prices have stabilized to pre-tariff rates, as some countries and companies have received exemptions from the tariffs.

Businesses have also implemented cost-cutting measures, such as delaying capital investment plans and even reducing their number of employees.

For many businesses, the tariffs caused long-term damage. For example, Mid-Continent Nail, located in Poplar Bluff, Missouri, had to wait 10 months for an exemption from the 2018 steel tariffs. In the meantime, the company’s sales dropped by 60%, and it lost more than 200 employees.

AK Steel, which is owned by Cleveland-Cliffs, is the only U.S. company that produces the electrical steel that could face higher tariffs under this new investigation.

The company claims that the 2018 steel tariffs contained a loophole and that more tariffs are needed, otherwise it will “shut down the plants in Butler and Zanesville.” The 2018 tariffs made AK Steel’s intermediate steel products more expensive, whether it sourced domestically or internationally.

Prior to 2018, Americans primarily imported steel from allies such as Canada, Japan, South Korea, and Germany. Furthermore, only 3% of U.S. steel production is used by the Department of Defense each year, and existing laws restrict the level of foreign content permitted for steel products procured by the Defense Department.

The 2018 steel tariffs did not help Americans. There is no reason to believe that tariffs on electrical steel will be any different. What we do know about tariffs is that they have an immense cost on American families and businesses.

Ron Harper, president of Cogent Power Inc., told Power Transformer News that new tariffs on grain-oriented electrical steel “has the potential to have a major cost impact on U.S. transformer manufacturers and utilities.”

The Trump administration should learn from its previous experience with steel tariffs and refrain from imposing new costs on American families and businesses. Instead, the administration should focus on advancing a pro-growth agenda that will help the economy recover from the pandemic slowdown.