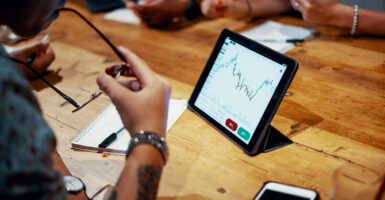 There has never been a substantial reduction in the scale or scope of U.S. financial regulations; nearly every crisis period has been followed by the same response: more invasive federal regulation. (Photo: Trevor Williams/Getty Images) 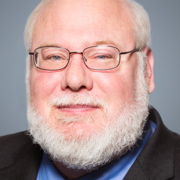 Millions of Americans live in fear of another financial crisis, so they are willing to go along with extensive regulation of the financial sector. Unfortunately, they have been fed a falsehood about government regulation and financial stability.

While the dominant argument is that deregulation in the 1990s caused the 2008 crash, that story is dead wrong. Leading up to 2008, the rate of new financial regulations was consistent with the long-term trend: Regulations steadily increased.

From 2000 up until the Lehman Brothers failure in 2008, financial regulators issued 7,100 pages of regulations for more than 800 separate rules. Some aspects of financial regulation changed after the 1990s, but regulation, far from disappearing, was not even rolled back.

The truth is that there has never been a substantial reduction in the scale or scope of U.S. financial regulations, and virtually every crisis period has been followed by the same response: more invasive federal regulation. Yet the U.S. has one of the worst financial-stability records among developed nations.

Data show that the U.S. has had 15 banking crises since 1837, a total that ranks near the highest among all developed countries. Similarly, among severe economic contractions in six developed nations from 1870 to 1933, banking crises occurred only in the U.S.

More recently, the U.S. is one of only three developed countries to have had at least two banking crises between 1970 and 2010.

One particularly notorious piece of bank regulation is the Basel capital rules, which have governed bank capital since the 1980s. Not only did these rules and their subsequent iteration fail to prevent banking crises, but they actually made crises more likely and more intense. These rules micromanage financial risk, substituting regulators’ judgments for those of private investors, and incentivize all banks to make the same types of financing decisions.

Basel III, which is now being implemented, incorporates many of the problems of its predecessors, but these bank capital rules are not an isolated example of poorly designed regulation.

Many types of financial firms, not just banks, have long dealt with increasingly complex capital, liquidity, disclosure, and leverage rules, as well as the constant threat that regulators would make up new rules or enforce old rules differently.

One of the main effects of this regulatory approach has been to make it more difficult to create and maintain jobs and businesses that benefit Americans. The 2010 Dodd-Frank Act doubled down on this approach, inserting the federal government as the arbiter of risk in everything from derivatives markets to small consumer loans.

A major problem with this scheme is that it provides a false sense of security because the government confers an aura of safety on all firms that play by the rules. The system is bound to fail, however, for at least three reasons:

In addition to these shortcomings, the U.S. regulatory framework for at least a century has protected incumbent firms from new competition: the very market forces that drive innovation, reduce prices, and prevent excessive risk-taking.

Although policymakers rarely discuss it, lack of competition in the production of money—and the implementation of monetary policy—creates many of these same problems for the nation’s means of payment.

Specifically, the federal government’s monopoly on money limits the extent to which competitive forces can strengthen money and exposes the means of payment for all goods and services to the mistakes of a single government entity.

The competitive process is ultimately the only way to discover what people view as the best means of payment and is also the best way to provide a powerful check on the government’s ability to reduce the quality of money. To the detriment of all Americans, policymakers have failed to foster an environment in which people can easily use their preferred medium of exchange.

Along with a healthy dose of private competition, monetary policy would be much improved if the central bank gave up its efforts to micromanage the economy.

Instead, the Federal Reserve should simply strive for neutrality, supplying the amount of money the economy needs to keep moving: no more and no less.

People want meaningful constraints on the ability of the federal government to devalue money, and they want policies that provide information for good economic decision-making, thus promoting economic growth. They want financial markets to be dynamic, resilient, equitable, and accountable.

Policymakers can deliver this type of financial system to Americans only by reversing course from nearly a century of taking the wrong approach.