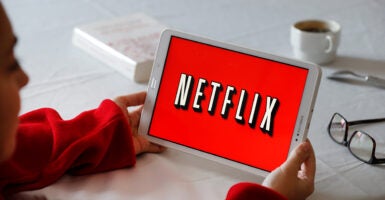 A new Netflix movie depicts a group of young girls twerking and exploring their “burgeoning femininity.”

Scheduled for release Sept. 9, “Cuties” tells the story of 11-year-old Amy, a French girl who “joins a group of dancers named ‘the cuties’ at school, and rapidly grows aware of her burgeoning femininity—upsetting her mother and her values in the process,” according to the movie’s description.

The film is directed by Maïmouna Doucouré, a French-Senegalese screenwriter and filmmaker whose last film focused on a girl in a polygamous family who is being raised by two mothers, according to Variety.

“‘Cuties’ is about the hyper-sexualization of pre-adolescent girls,” wrote Variety’s Martin Dale in January. “It follows an 11-year-old girl of Senegalese origin, living in one of Paris’ poorest neighborhoods, who is raised in a pious tradition, but joins a group of young dancers who hope to twerk their way to stardom.”

“Cuties” drew criticism Wednesday when the trailer was released and information about the film began circulating on social media.

“The pedophiles at Netflix are releasing a movie sexualizing children called ‘Cuties,’” tweeted Twitter user Jaden McNeil. “The description claims it’s about an 11 year old girl that becomes ‘fascinated with twerking’ and ‘exploring her feminity [sic].’”

“Cancel culture, we’ll all make an exception if you have a go at this one,” The Hill’s Saagar Enjeti tweeted.

Cancel culture, we’ll all make an exception if you have a go at this one https://t.co/GntrAmISsu

Netflix did not immediately respond to a request for comment from The Daily Caller News Foundation.