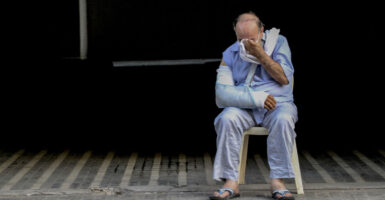 The Israeli Defense Force offered assistance after the explosion in the Port of Beirut killed at least 180 and injured over 6,000. (Photo: Aysu Bicer/Anadolu Agency/Getty Images) 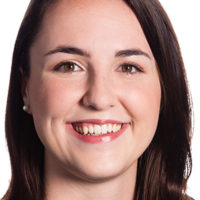 Hours after the Aug. 4 explosion in Beirut’s port that killed at least 180 and injured over 6,000, offers of aid streamed in from countries around the world, including Israel.

Though still technically at war with its Lebanese neighbor, a spokesman for Israel’s Defense Force said that Israel has been working through international diplomatic and defense channels to send humanitarian aid.

“This is the time to transcend conflict,” the spokesman stated.

The heads of several Israeli hospitals also reached out to offer medical support, including Dr. Masad Barhoum, the director-general of the Galilee Medical Center, and Dr. Salman Zarka, the director-general of Ziv Medical Center. Both hospitals are located close to the Lebanese-Syrian border and have the resources needed to provide long-term care for Beirut blast victims.

Barhoum explained that the U.N. interim force in Lebanon could transfer wounded Lebanese citizens across the Ros Hanikra/Ras Al Naqoura border and return them the same way when they recover.

Providing humanitarian aid to civilians during disasters is not a new phenomenon for Israel. Over the last 26 years, Israel has sent 15 aid missions to countries struck by natural disasters, and is often the first to respond and send on-the-ground delegations to help.

The Home and Front Command Search and Rescue Unit within the Israeli Defense Force was created specially to respond quickly to emergency situations in Israel, but has since been deployed abroad to assist in search and rescue missions.

During Nepal’s 2015 7.8 magnitude earthquake, the Israeli Defense Force deployed over 250 doctors and rescue personnel to the country, one of the largest delegations sent. A large-scale field hospital was set up within 12 hours to assist local hospitals, while teams were sent out to assist in rescue and recovery.

Even after the team returned to Israel, Israeli nongovernmental organization’s continued to provide support through programming meant to help rebuild the communities most affected.

Other humanitarian units operate under the authority of the IDF and sometimes offer long-term support for non-Israeli civilians who have no other option but to seek treatment from Israel.

From 2013 to 2018, Israeli medical centers treated more than 5,000 Syrian civilians seeking medical attention on Israel’s border as part of Operation Good Neighbor, a special humanitarian unit within the Israeli Defense Force. What initially began as a one-time occurrence treating a wounded Syrian civilian near the Israeli border, grew to over 110 aid missions that provided medical care, food, and livelihood support to Syrians neglected during the war.

Similar offers of humanitarian aid were extended to Iran and Iraq during the devastating 7.3 magnitude earthquake in 2017. Although the offer was immediately rejected by both governments, Israel’s offer demonstrated to allies and enemies that it was dedicated to helping innocent civilians who have suffered from tragedy, regardless of political ties.

Lebanon is no exception.

Lebanon has yet to formally respond to the offer, but it is unlikely that the government will accept Israel’s aid given the hostile history between the two. Regardless, Israel continues to demonstrate its support of Lebanese civilians in Beirut during this difficult time.