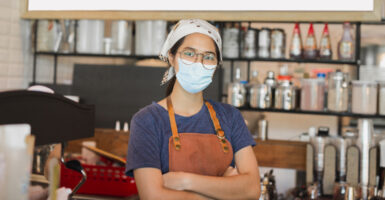 Policymakers in Washington must make better decisions to ensure that the 10.6 million Americans unemployed since February have a clear path back to work. (Photo: Bignai/Getty Images) 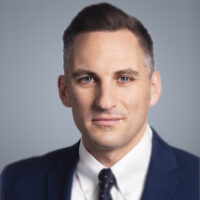 The U.S. economy added 1.8 million jobs in July and the unemployment rate fell to 10.2%, confounding experts’ predictions for a third month and showing signs of recovery as it slowly reopens after the COVID-19 shutdowns.

Although the numbers from the U.S. Bureau of Labor Statistics continue to move in the right direction and more businesses are on a path to reopening, policymakers in Washington must make better decisions to ensure that the 10.6 million Americans unemployed since February have a clear path back to work.

The labor force participation rate, at 61.4%, changed little in July, following increases in May and June. In addition, the U-6 unemployment rate—which measures both the unemployed who are looking actively for a job and those who are unemployed but not actively seeking work—fell from 18% in June to 16.5% in July.

In another positive development, the number of permanent jobs lost remained virtually unchanged (at 2.9 million jobs) from the previous month, after a rapid increase since April.

Here are the biggest changes by employment sector:

Many times, we lead off these articles on the government’s monthly jobs report by mentioning how expert predictions were wrong. And at no fault to the experts, since these developments are tough to predict.

As my Heritage Foundation colleague Adam Michel reminds us, economics does not lend itself to precise point predictions.

But here is something that we are better situated to predict: The millions of Americans who either have been temporarily laid off, or worse, permanently laid off due to COVID-19, will not go back to work if we don’t continue to press forward with safely reopening the economy. More government “stimulus” is not the answer.

Congress currently is debating whether to continue to send out the problematic extra $600 in unemployment insurance checks. As the Congressional Budget Office noted, keeping the $600 bonus would increase costs for small businesses and cause some to close permanently, and also lead to a smaller economy and higher unemployment in 2021.

Instead of continuing this harmful federal program, policymakers should provide better-targeted supports that replace a portion of workers’ incomes and automatically taper off.

We also must realize that seemingly endless government spending continues to sink our country deeper into debt. This makes recovery more difficult.

According to my colleagues Joel Griffith and David Ditch, with the dramatic increase in federal spending and lower tax revenue during the pandemic, the national debt has risen from $23.5 trillion in mid-March to $26.5 trillion today. That’s an additional $23,000 in debt per household in fewer than five months.

Americans will have to pay for this eventually, and it is likely that business and job opportunities will be lost because of it.

Right now, the economy needs more freedom for American business owners and American workers to proceed safely with their lives and livelihoods, without additional and unnecessary government burdens.

Washington must do the hard work now to chip away at the inevitable price we will pay for out-of-control government spending and perverse incentives not to work.